The British Touring Car Championship’s supporting series all resume at Knockhill this weekend and many of the battles are interestingly poised ahead of the final five events. Autosport recaps the lay of the land in the Porsche Carrera Cup GB, British Formula 4, Ginetta GT4 Supercup, Mini Challenge and Ginetta Junior

While British GT is heading into its summer break with yet another race result that is only provisional, the British Touring Car Championship and its support categories are emerging from their summer hiatus at Knockhill this weekend. And there are plenty of interesting storylines and title battles to follow over the second half of the season.

The 2022 campaign has certainly been a year of change among the TOCA supports. Three of the five regular categories have introduced new cars this year (British Formula 4 also featuring a new organiser as part of wholesale changes), but the other two have also boasted rule tweaks that have helped shake up the competitive order.

The closest of the title fights heading to Scotland is in the Porsche Carrera Cup GB, where just five points separate the top four drivers. Kiern Jewiss (Team Parker Racing) and Will Martin (Richardson Racing) were both race winners last year in an ultra-competitive field that was headed by champions Dan Cammish and Harry King along with Lorcan Hanafin, and now narrowly lead the way.

But the Redline pair of new Porsche GB Junior Adam Smalley and the returning Matty Graham have also quickly got to grips with the Type 992 911 GT3 Cup car and are firmly in the mix. Add in impressive pace at times from newcomers Theo Edgerton and Gus Burton and there is plenty of intrigue in the top Pro class alone. Calling a winner is tricky, although Jewiss and Martin will be tough to beat.

Things are not quite so close in the other two championships with new machinery. While Alex Dunne in British Formula 4 and James Kellett in the Ginetta GT4 Supercup may appear shoo-ins for title honours, their rivals certainly should not give up hope just yet. 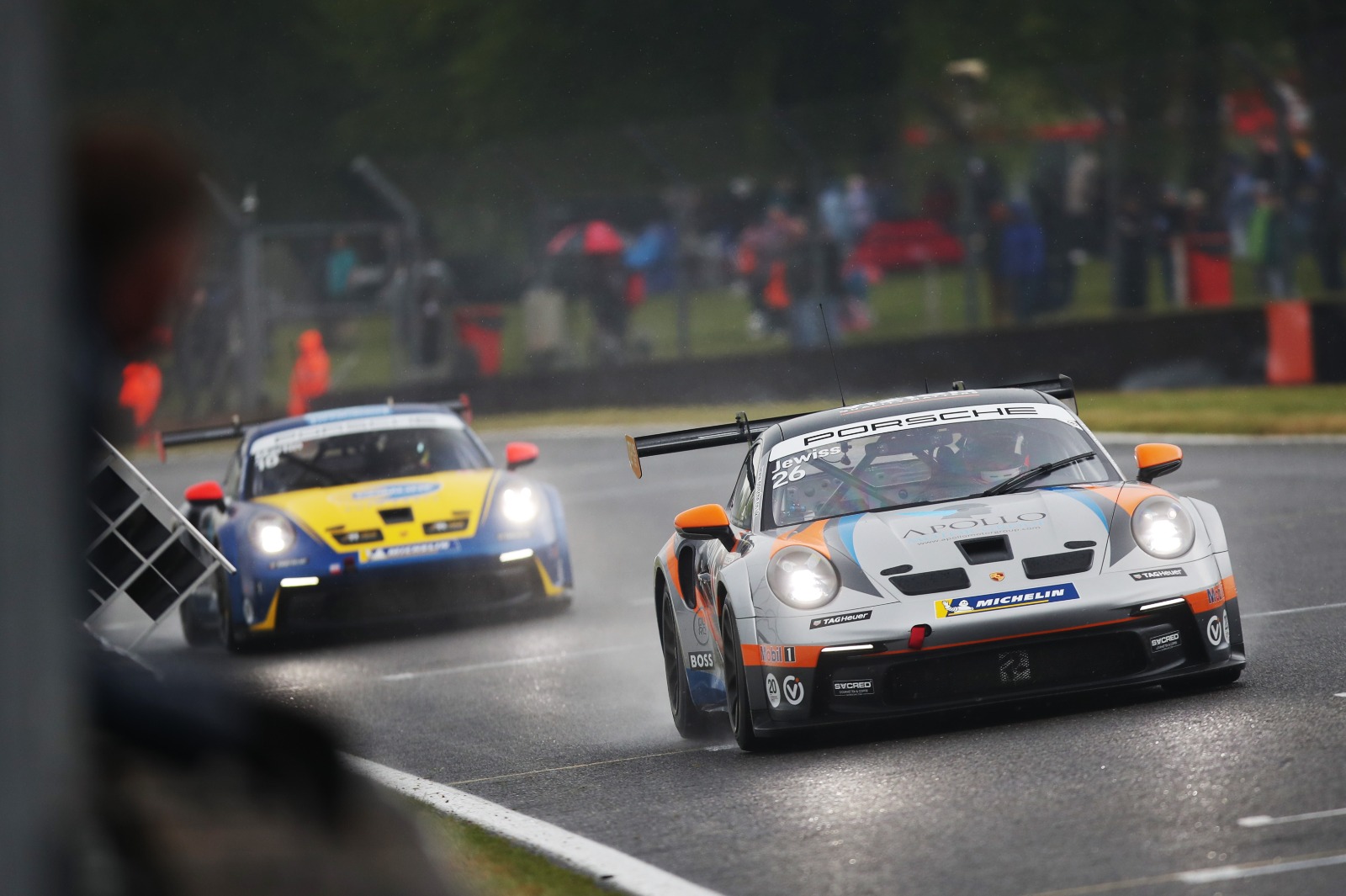 Irishman Dunne has taken F4’s new era by storm, winning seven of the first 15 races. To put the Hitech racer’s domination into context, no other driver has won more than twice. Not bad for someone who had not even been confirmed as being on the grid at the time Autosport wrote its season preview.

The more powerful, halo-shod Tatuus-Abarth car introduced for this year seems perfectly to Dunne’s liking and he has therefore built a 51-point advantage. That may seem insurmountable, but recent history suggests otherwise. In both 2019 and 2020, larger mid-season deficits were negated. Sebastian Alvarez reduced Zane Maloney’s 77-point gap to nothing by the Brands Hatch finale, while Zak O’Sullivan similarly shaved Luke Browning’s 57-point lead to zero two years ago.

And, for all of Dunne’s dominance, he has looked beatable. Take, for example, the clumsy errors in the third race at Brands Hatch or spinning in the middle Oulton Park contest. As others get into their stride, rivals including Carlin duo Oliver Gray and Ugo Ugochukwu could become ever greater threats.

But, for the ultimate lesson in domination, you have to look at James Kellett in the GT4 Supercup. He has been unstoppable in the new G56, winning every race so far. The Century pilot is far from assured of the crown, though – despite chief rival Josh Rattican suffering a puncture in the Brands Hatch opener and being punted out of the most recent race at Oulton Park.

With the start of the season being pushed back to cater for the G56’s introduction, only a quarter of the scheduled 2022 races have been completed. So there is plenty of time for others to halt Kellett’s march and turn their seasons around.

Also looking good at the top of the standings is early Mini Challenge pacesetter Sam Weller. The Hybrid Tune driver has had a remarkably consistent start to the season to take a 43-point lead and puts some of that down to the team’s focus on the new compound of Goodyear tyre introduced for this year that others, such as regular 2021 winner Jack Davidson, have yet to truly master.

Weller’s closest rival is JW Bird driver Jack Mitchell, another who was a late addition for this year. But, despite currently being well adrift, perennial frontrunners Dan Zelos and Max Coates cannot be completely discounted just yet, not least because there’s a colossal 56 points available in each race. 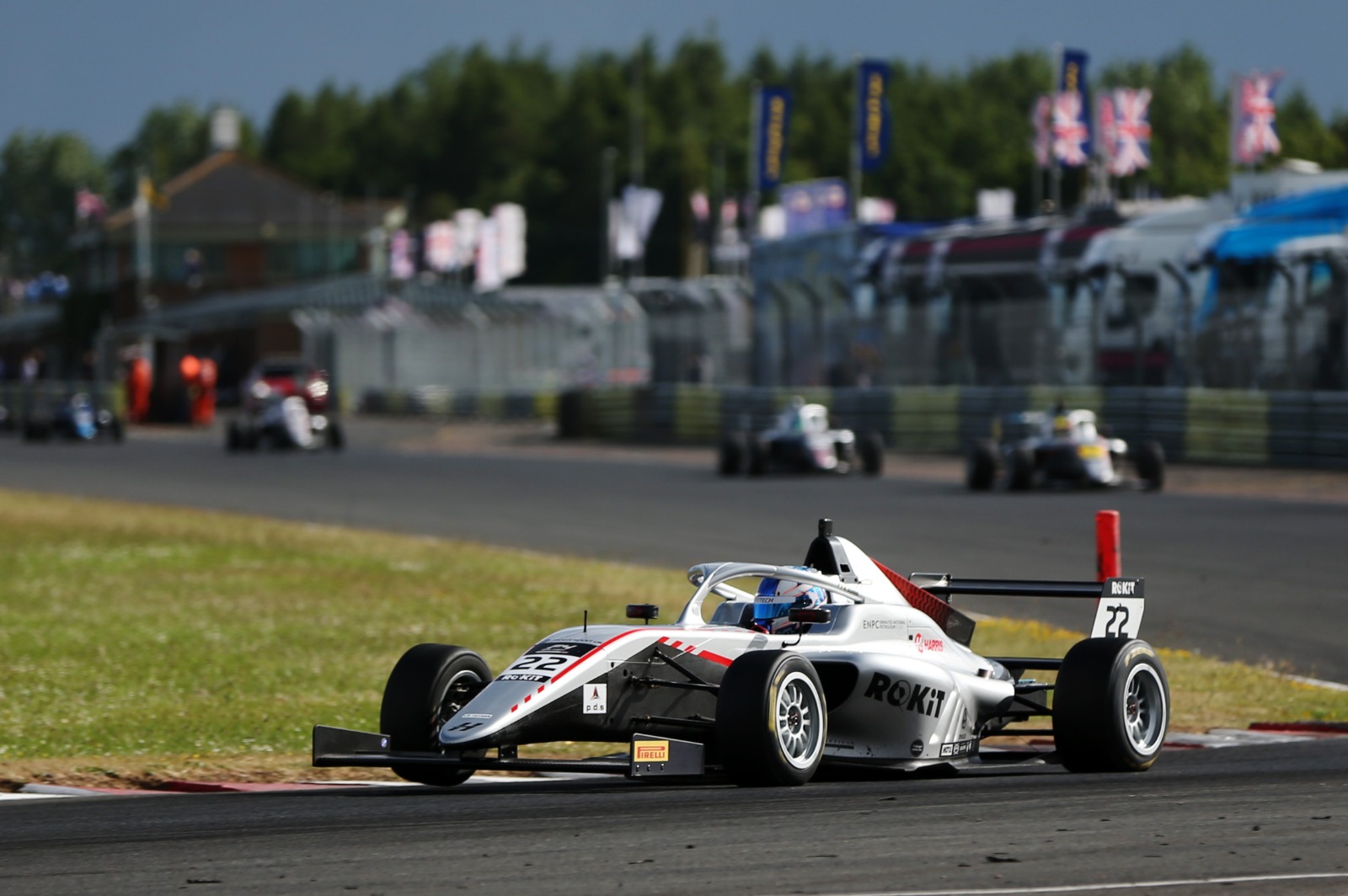 And that just leaves Ginetta Junior. Perhaps unsurprisingly, that is one of the toughest tussles to predict. Reigning Winter Series champion Josh Rowledge (R Racing) and fellow second-year driver Harri Reynolds (Assetto Motorsport) have gone toe-to-toe so far this year, while impressive rookie Will Macintyre (Elite Motorsport) is growing ever stronger and is firmly in the mix, 14 points separating the trio. What is surprising is that last year’s runner-up Liam McNeilly is not also part of that picture.

But the Fox Motorsport driver’s year got off to a bad start having struggled with the new qualifying format that gives just three laps for competitors to set their two quick times. This means there is no margin for error as category chiefs attempt to eliminate the potentially dangerous towing operated by the larger teams.

Ultimately, as has so often been demonstrated in recent years, anything can happen when the title is on the line in these categories. And you can be sure of plenty more twists and turns before the Brands Hatch finale on 8-9 October. 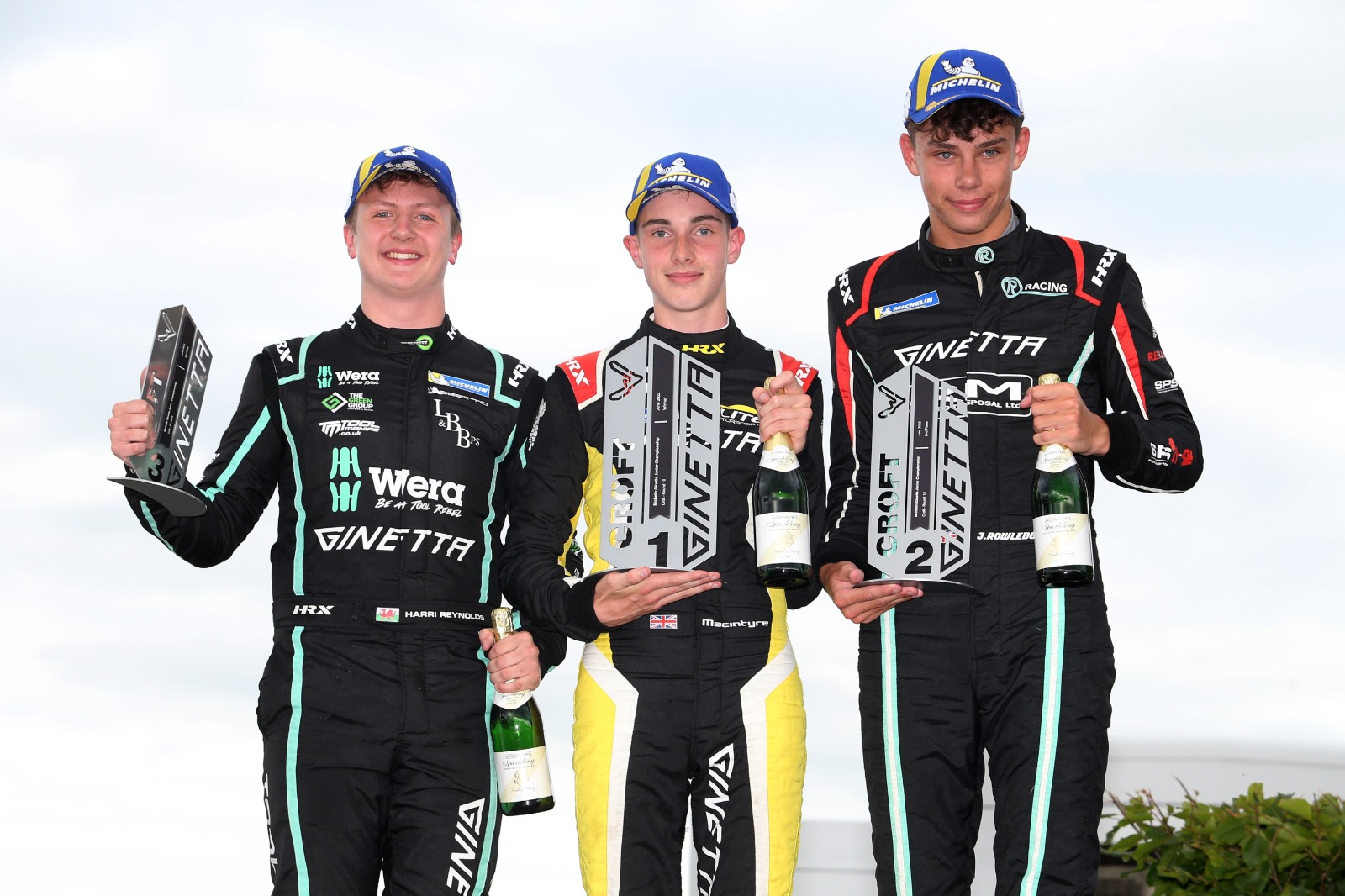 Ginetta Junior has been as unpredictable as ever, with Reynolds, Macintyre and Rowledge all in the frame

Cockell surges up to third in Autosport National Driver Rankings