The great and the good of motorsport were out in force at Thruxton last Thursday for the second running of the Racing4Charity karting event, all with the purpose of raising funds for the Motor Neurone Disease Association.

Autosport was once again invited to take part in the two-hour race, organised by ex-Formula 1 driver David Brabham and Bill Williams, whose brother Gideon is the inspiration behind the event, having been diagnosed in 2019 with the debilitating disease – and having lost his life to it just over a month ago.

“Gideon loved karting, we used to do the karting at the Autosport show at the NEC; David and I ran that. Gideon every year would pay the public rate and come and join, he just loved it,” said Bill. “He said to me just after he was diagnosed with MND, ‘One thing I want you to do is run an event for me every year’. I said I’ll only do it if you make the first one.”

While Gideon, a former mechanic for Richard Lloyd Racing, did indeed make the first one, his presence was deeply missed this year and a video message from him, recorded just weeks before he died, was a hard and sobering watch for all. That included British Touring Car race winner Rob Collard and his sons Ricky and Jordan, as well as rising single-seater GB3 stars Joel Granfors and Tom Lebbon among many others who formed the 16-kart field.

With a mix of quick bends, hard braking zones and camber changes, the karting circuit at the Hampshire venue really does offer a challenge, with Granfors going as far as to say it’s one of the best karting tracks he’s driven. Relaying through Sleight, myself and Cooper on a drying track in qualifying, we placed seventh, some 0.902 seconds off pole, thanks to Cooper’s best.

Never let it be said that racing drivers don’t take karting events seriously. We found that out to our cost as Cooper was rear-ended by BTCC driver Michael Crees, who in turn had been punted by Chris Dymond into the hard left on the infield at the start. Cooper slipped to last before gradually recovering to eighth.

Deciding when to head for the fuel bay – only open between 30 minutes and the one-hour mark – was a crucial element of the race, with teams losing almost two laps in the process, or even longer if stuck behind another competitor as only one kart could be serviced at a time. 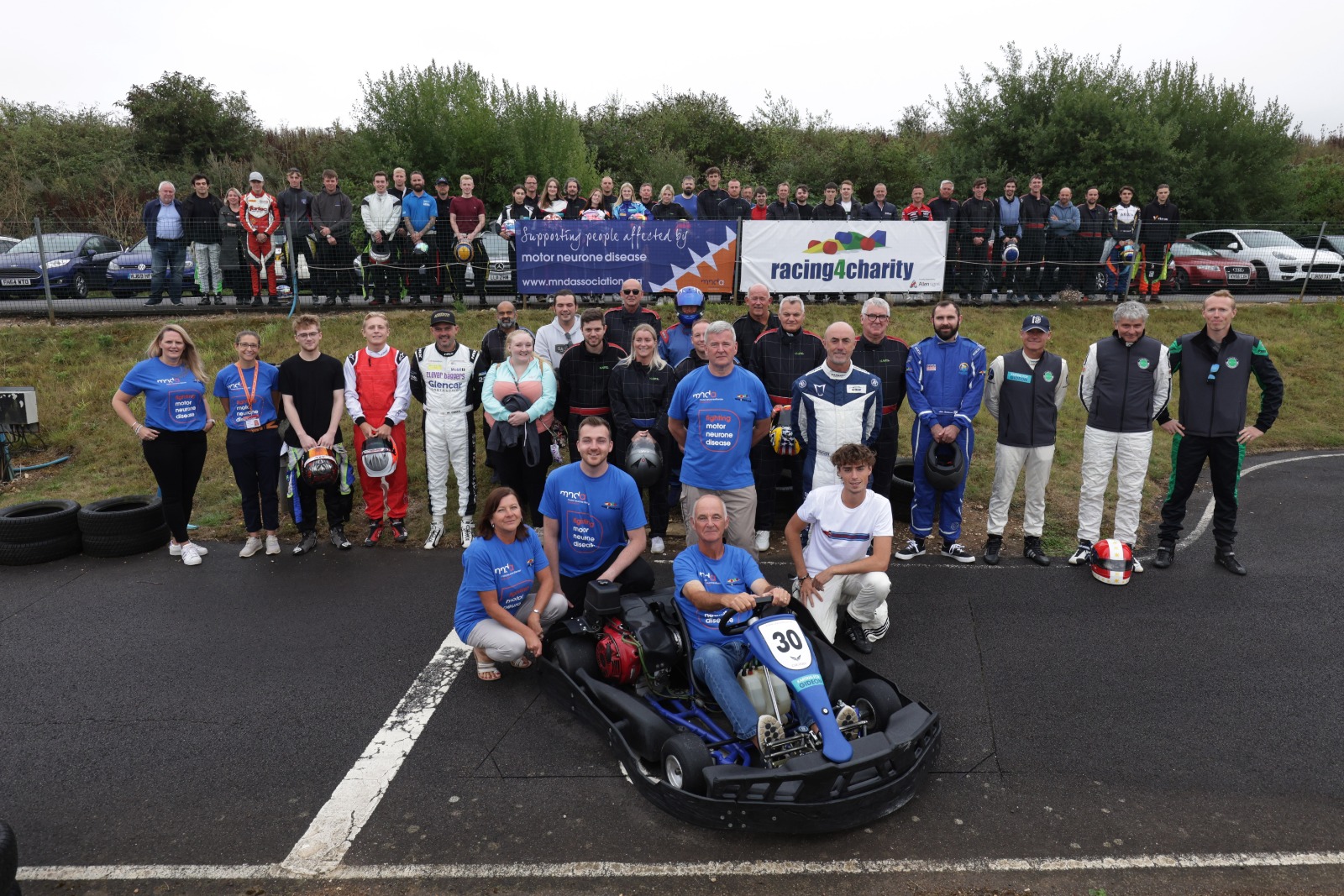 A Le Mans winner, touring car drivers, single-seater racers and Autosport's deputy National editor were among the field for the fund-raiser

With Sleight having relieved Cooper at the 25-minute mark, and pitting on 50 minutes, our race almost fell apart as three other karts headed for the fuelling station on the same lap. Frantic hand gestures ensued as we told Sleight to rejoin and keep circulating, precious seconds lost but nowhere near as much had we queued.

Jumping in several laps later and with fuel onboard, my 30 minutes proved uneventful as we climbed the leaderboard, with Sleight taking over for an impressive final stint which moved us up to third. Cooper rejoined for the final 25 minutes, still on the rostrum and with a gap that under normal circumstances would have been enough.

Alicia Barrett for Fast and Furious Females soon became the main chaser, and while she was setting impressive times it wouldn’t have been enough to close the 11s gap had it not been for the 6s she gained through a yellow flag zone.

Our cause was not helped by Cooper being blocked by Mini racer Louie Capozzoli, who was dovetailing duties in two different karts. The position was lost with three minutes remaining after Cooper was punted wide by Barrett, before she was waved through by Capozzoli.

Yes, we were gutted, but given the context of what we were racing for there are more important things to worry about

To make matters worse, the winning Bennie & The Jets crew of Ben Davis, Oliver Warner, Paul Streather and James Dennison – who also won the 2021 edition – lapped us just before the flag, putting a lap’s difference between us and third to compound our misery. The clerk admitting to us that it “wasn’t the cleanest of podiums” and that the positions would have been reversed if it wasn’t a charity event was little consolation.

But that last point was part of the bigger picture. Yes, we were gutted, but given the context of what we were racing for there are more important things to worry about. Like finding a cure for a disease that devastates lives, with the nearly £6000 raised through the event going some way towards doing that.

“I wish he [Gideon] was here and I didn’t have to do the event, but he asked me to and I’ll keep doing it,” added Bill. “A date for the diary for anybody wanting to get involved next year is 1 June.”

To make a donation visit: justgiving.com/fundraising/Bill-Williams3 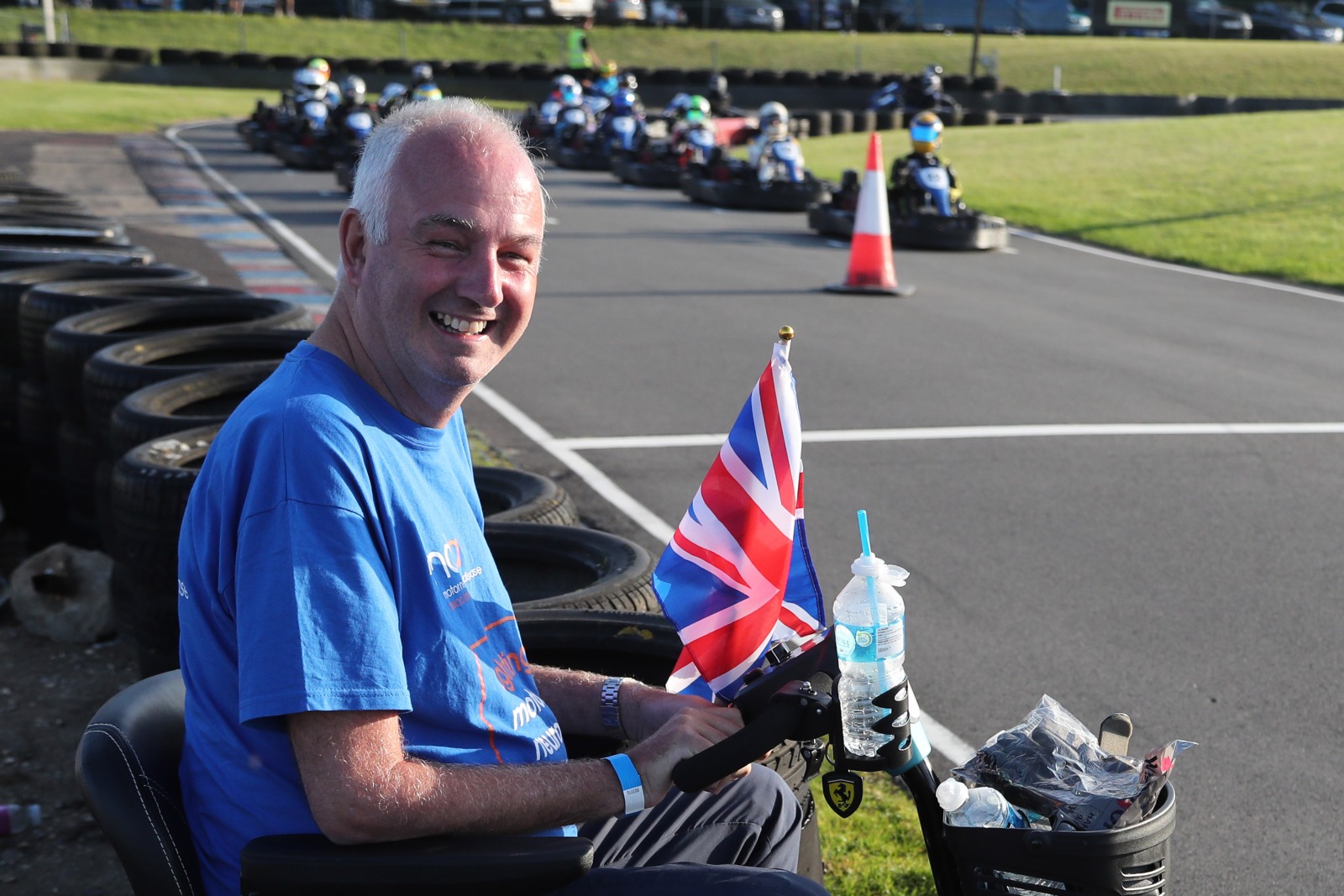