National paddocks are awash with individuals with fascinating stories to share. For a 21-year-old novice starting her racing journey in Porsches, even making it onto the grid was an achievement in itself.

For any young adult, trying to make it onto the grid is tricky, but for those who have an impairment it can seem a world away entirely.

Kudos, then, to Sarah Thomson, who demonstrated last weekend at Snetterton that such obstacles do not mean an end to the motor racing dream by making her debut in the Porsche Club Championship, despite being deaf. It’s a remarkable achievement in itself when the combat of racing is such a sensory experience.

Thomson wears a bonebridge implant behind her ear, which is attached to her skull. It effectively transmits sounds through her bone and, after undergoing three five-hour operations to gain some hearing, she can cope well in one-on-one situations. But the bonebridge can’t be worn under a racing helmet, which means innovative solutions in the car are needed.

The Porsche Club Championship has allowed her to incorporate a shift light in the car so that she can see the revs instead of hear them, allowing her to understand the rev pattern. From the experience of her first weekend on-track, Thomson believes that some tweaks may still be needed so she can get right to the top of the rev range. But, regardless, Saturday represented a crucial first step on her racing journey.

“It’s been really good – I’m loving it and enjoying it,” she said. “I’ve only ever actually done three trackdays before, so I’m hitting it at the deep end. It’s quite a nerve-racking thing – racing in general is nerve-racking, but added with the deafness I was not sure if I could do it because of the revs, but I have proven that you can.

“It’s encouraging people that they can do something, and there isn’t a limit.” 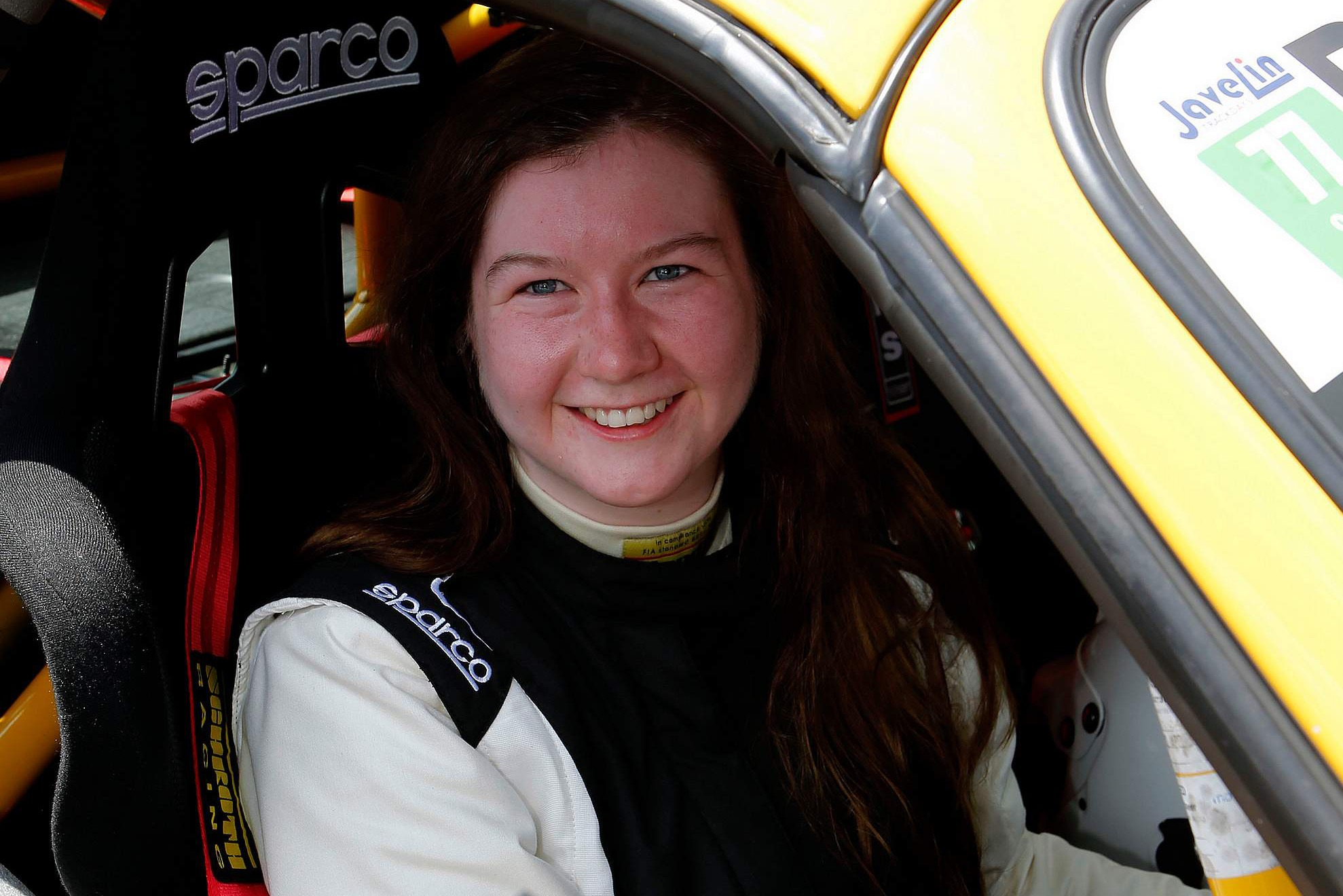 Previous plans for a race licence were hampered by the COVID-19 pandemic, which resulted in three postponements, but the 21-year-old now has everything in place and is planning to contest the remainder of the Porsche Club season.

Big strides were already made over the course of Saturday’s 20-minute qualifying session and two 25-minute races. Her fastest lap in race one was a full 10 seconds quicker than her qualifying time, and another half a second was found in race two.

Handily, her father Ken, who is helping where he can, is no stranger to racing. He won the GT3 class of British GT in a Darrian T90 in 1996, and has experience in Scottish championships and hillclimbs.

“I was too old when I started, but this was an opportunity for Sarah – she wanted to do it and who am I to stand in the way?” he said.

“It’s an opportunity at her age I would have loved to have done, and it’s important for me to enjoy the passion with her. Together we are all learning.”