The Multimatic Motorsport squad has committed to running two Ford Mustang GT4s in the British GT championship next year, with British F4 race-winner Seb Priaulx among its driver roster

Multimatic, the operation behind the Ford World Endurance Championship GTE Pro entry that runs under the Ganassi banner, has campaigned the Mustang it developed in-house in the US for the past two seasons.

Autosport reported last week that the team was plotting a British GT entry for 2019, and Multimatic has now announced it will join the series with a two-car entry.

Priaulx, the son of Ford WEC driver and new Cyan Racing WTCR signing Andy, finished seventh in this year's British F4 standings with two victories in his first year in the category, after two seasons in the Ginetta Junior series. 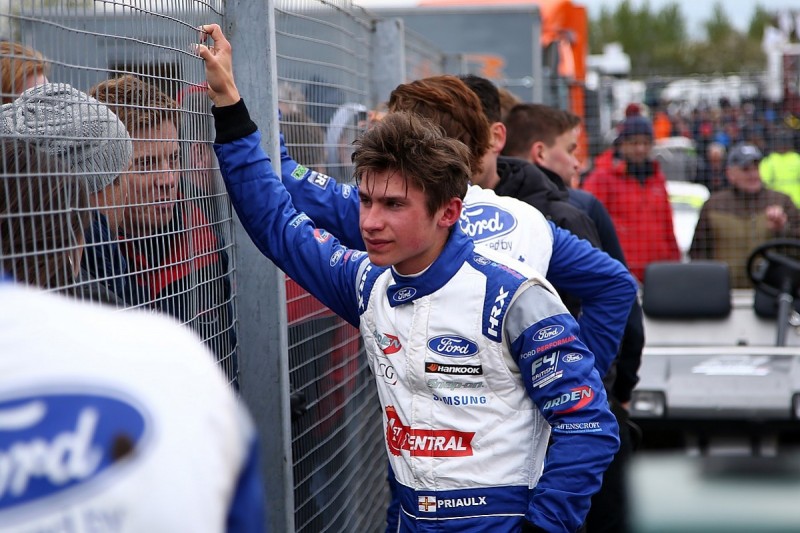 He will switch from single-seater racing to join long-time Multimatic drivers Billy Johnson and Scott Maxwell, with a fourth driver yet to be confirmed.

Priaulx is likely to be paired with 54-year-old Maxwell as one of the championship's 'Silver Cup' pairings, while Gold-rated Johnson will be entered in pro-am with an as-yet unchosen Bronze driver.

Multimatic said its desire was for the programme to develop "young talent both behind the wheel and on the race team".

Team vice president Larry Holt said: "Seb was extremely impressive in the Mustang when we tested him at Snetterton and I can't think of a better story than bringing on the next generation of Priaulx.

"British GT is a fantastic platform to show off our product to potential customers so we're excited to go head-to-head with the GT4 cars from companies like Aston Martin, McLaren and Mercedes."