Cronin, who won the Irish Tarmac Rally Championship last year in a Citroen DS 3 R5, has traded the title-winning car in for a Ford Fiesta R5.

He contested the first two BRC rounds last year before switching focus to the ITRC after crashing out of the Circuit of Ireland.

"I've nothing definite sorted yet," said Cronin of the 2017 M-Sport chance.

"We are talking, we're hoping it will go ahead, but we're not quite there yet. I must go over again to M-Sport for another meeting."

M-Sport ran the DMACK Ford effort with which Elfyn Evans won the 2016 BRC.

Team boss Malcolm Wilson confirmed he was in talks with Cronin over a deal this year.

"We're in discussions with him, but there's definitely nothing signed or sealed yet," said Wilson.

"We're very keen to support the British Rally Championship again this year - we want a strong presence there. 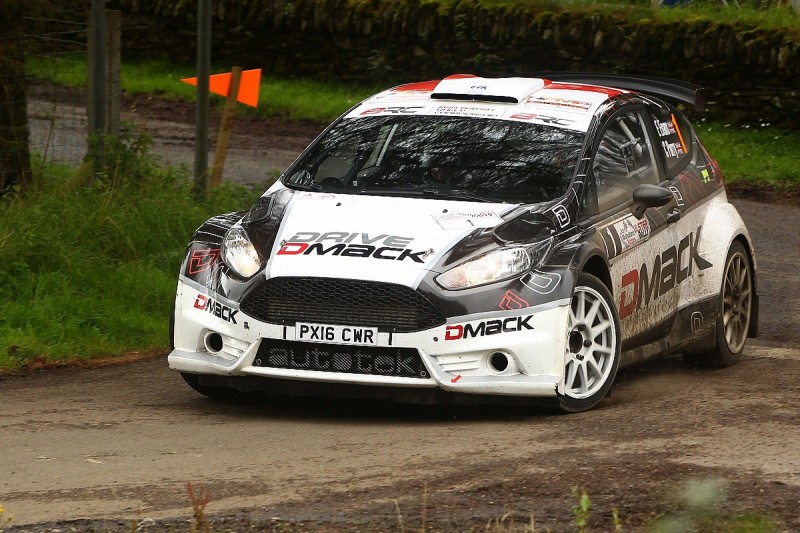 "Obviously we won the title with Elfyn last year and we want to come back and challenge again this time around.

"Keith's a quick guy and he's won the British title a couple of times before, so he's no stranger to the UK forests."

BRC championship manager Iain Campbell is eager to see M-Sport and Cronin in the series again.

"To have M-Sport competing in the BRC this year would be a great endorsement of where they feel the series is headed," he said.

"M-Sport have a lot of product out on the events but to have them enter a team themselves is very exciting.

"The rumour is that Keith Cronin will be the driver. Keith has some serious pace about him that we didn't really get to see on many BRC events last year, but his pace on the Ulster Rally was really quick."

Autosport understands that M-Sport is close to a deal with another driver in the BRC for 2017 and could expand to running a two-car team.

It had been rumoured Cronin would drive a DMACK-backed car, but Motorsport News recently revealed the tyre firm will not enter the BRC teams' contest this year.

The proposed two-car M-Sport team is likely to run on DMACKs, though.

The rehabilitation of a banned teenager