Jamie Chadwick, the 2015 British GT4 champion, will switch to single-seaters this year by teaming up with Double R Racing to compete in the BRDC British Formula 3 Championship

Chadwick became the youngest winner of a British GT title when she partnered Ross Gunn to the GT4 crown in a Beechdean Aston Martin V8 Vantage in 2015, aged 17.

But limited to sporadic GT outings and a handful of VLN races last year, the now 18-year-old will race in the UK's leading single-seater series this season with Anthony Hieatt's team - which ran Matheus Leist to the 2016 title.

Chadwick told Autosport she was switching to F3 to improve her professional skillset.

"Most people come straight out of Ginetta Juniors and straight into single-seaters," said Chadwick, who also tested British F3 Tatuus-Cosworth machinery with Lanan and HHC Motorsport at the end of last year.

"I chose a bit of an unconventional route by going into GTs, which was a great move for me; the first year was a great year for us.

"But when I was evaluating it afterwards, and after 2016 especially, I wanted to develop as much as possible as a technical driver and as someone who can jump into anything.

"A lot of the skillsets required to do that come from driving single-seaters and the technical demands that come with that.

"We approached Boyo [Hieatt] initially; they were one of the teams on our list given their pedigree from last year and before that. 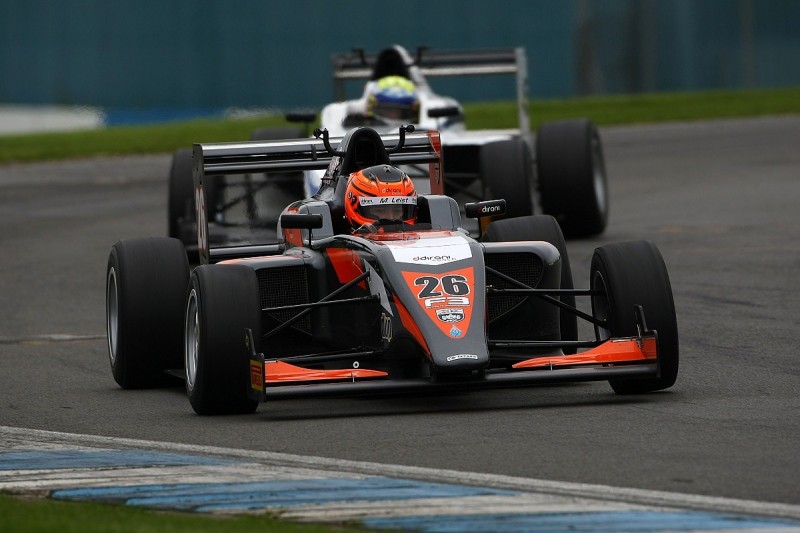 "We had a conversation and quickly it all fitted between the parties involved. He's got a great manner about him and the team run a great outfit based on how I'm working."

"It's a big transition and actually a step up from what I've been doing, so the aim is to learn as much as possible," she said.

"It's going to be tough in the thick of it, and wheel-to-wheel racing isn't actually something I've had much exposure to since my Ginetta Junior days.

"Hopefully I can be in the top 10 as often as possible, but we're not going to put too much pressure on results."

Chadwick is Double R's first signing for the 2017 campaign and the ninth driver to confirm a seat in the championship.

Carlin's three-car line-up has been completed and is led by Autumn Trophy champion Enaam Ahmed, while Fortec has signed Ben Hingeley - who was left without a seat for his second season after HHC withdrew from the championship.