Cam Jackson maintained his lead in the Autosport National Driver Rankings after scoring a vital Walter Hayes Trophy class victory on a dramatic weekend in the battle for top spot.

Historic Formula Ford ace Jackson has headed the winners' table throughout the season but his advantage has been steadily reduced by Legends racer Miles Rudman in recent weeks.

Rudman was just one win behind Jackson heading into last weekend and, with the Legends season finale also being held at Brands Hatch, it was set to be a crucial moment in the battle to end the year in first place.

PLUS: The other finely-poised 2021 battle that could face a decisive swing

Jackson struck first by winning the Janet Cesar class for Formula Fords built between 1982-92 in the second heat at Silverstone in a Van Diemen RF90 to take his 2021 tally to 18 victories.

However, he missed out on the chance to add another success when contact from behind sent him spinning out of second place on the final tour of a closely-fought dedicated Janet Cesar heat.

But Rudman then registered a victory of his own as he sealed the Legends title with a win in the opening race on Sunday to reduce the gap to Jackson to one win again.

He then came within moments of taking top spot after the next race, only missing out on the win on the final lap to Dan Clark.

With there now being just four circuit racing events scheduled in 2021, Jackson is on course to top the final leaderboard, having missed out by the narrowest of margins last year, unless Rudman - or some of the other drivers inside the top five - opt to make additional outings in a different series. 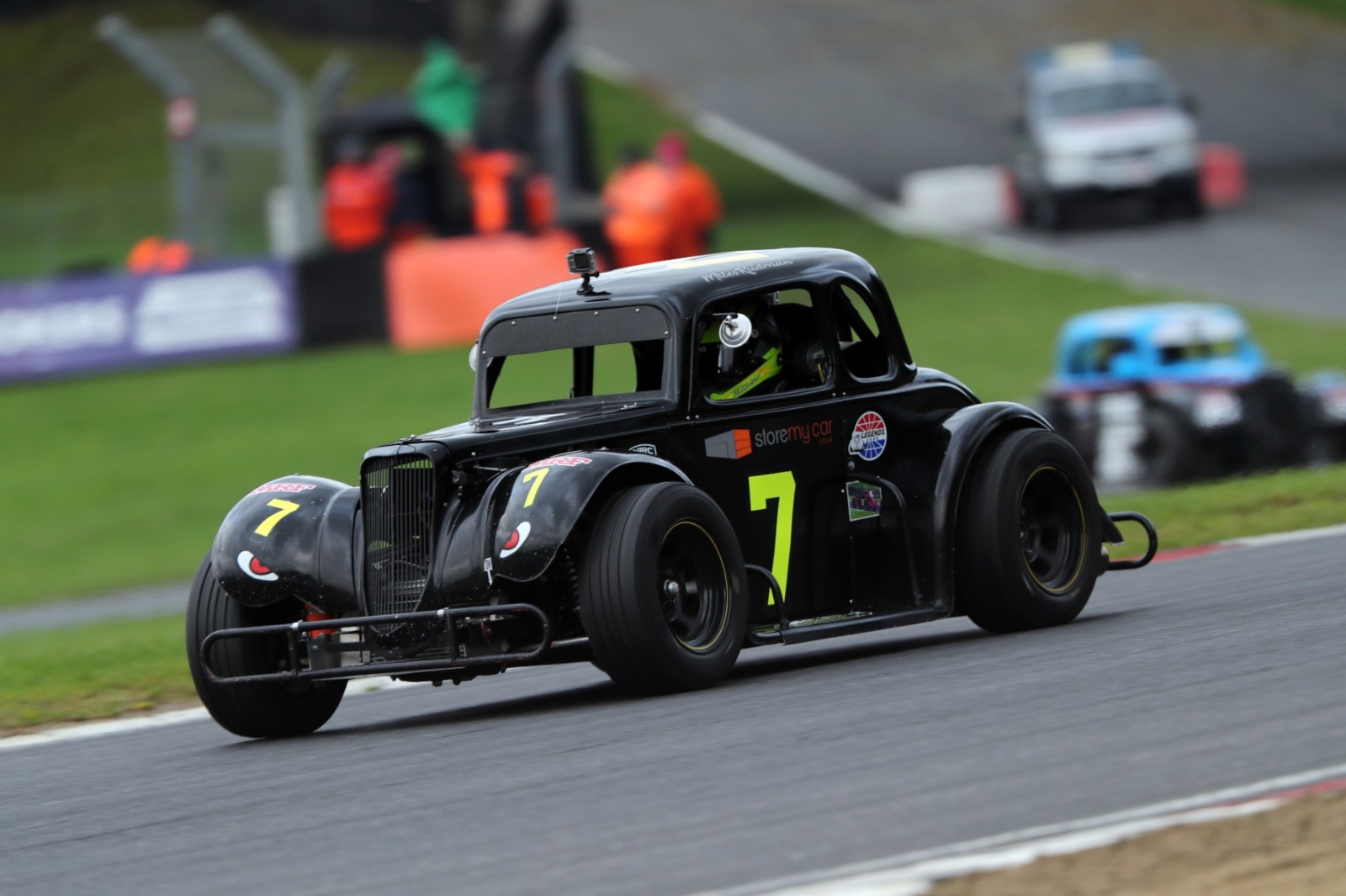 Legends champion Rudman is narrowly shy of Jackson's lead, after each added one win to their tally last weekend

Away from the battle for first, there were several other changes inside the top 10.

Charlie Hand has been the class of the Junior Saloon Car Championship this year and ended the season in style by taking another two victories at Brands.

These latest triumphs took his 2021 tally to 14 and moved him to fourth on the leaderboard, up from 10th.
While Rudman took just the solitary Legends win, multiple champion John Mickel managed two over the weekend to rocket 16 places up the table and into sixth spot.

Further back, Shane Murphy swapped his regular SEAT Leon for a Ford Fiesta as he took part in the six-hour Fiesta Endurance race at Mondello Park.

He was part of the winning crew, alongside Eoin Murray and Barry English, meaning he leaped nine places up the rankings and into 23rd place.

Walter Hayes Trophy final winner Max Esterson was the only other driver to improve their position last weekend.

The American was in great form during the knockout event, scoring victories in his heat, semi-final and grand final to reenter the top 50 in 39th.