Clubmans racer Michelle Hayward has reclaimed second place in Autosport's National Driver Rankings, while a host of Legends drivers have marched up the leaderboard.

Hayward picked up two further CSP2 division victories at Snetterton last weekend to take her 2022 total to nine, thereby moving her up from fifth to second in the rankings.

However, she missed out on a hat-trick - and was only defeated for a third time this season - preventing her from further reducing Lucky Khera's lead at the top of the table.

Khera was also in action at Snetterton but failed to add to his tally, despite taking GTC spoils in two of the GT Cup races, because there was not the minimum of six starters needed for those class wins to count, meaning he stays on 12 victories.

Further back, the six Legends races at the American SpeedFest at Brands Hatch were split between two drivers. 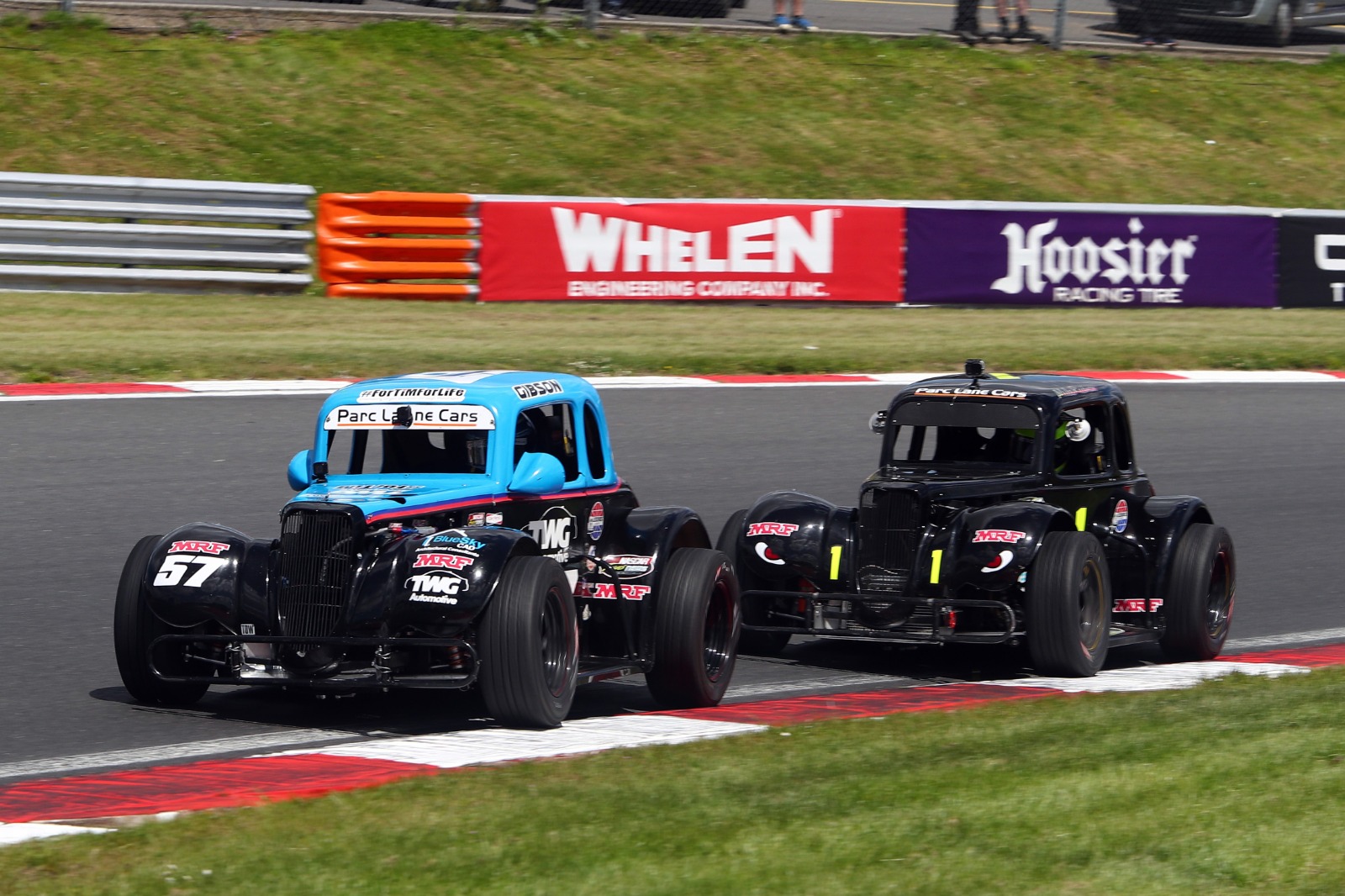 Will Gibson chased by Miles Rudman at Brands Hatch

Will Gibson and Miles Rudman each grabbed three wins apiece, to boost their positions on the leaderboard.
Gibson has shot into third from 20th, while Rudman has gained 32 places to move to fifth.

Completing the Legends drivers on the charge in the upper reaches of the top 50 is Peter Barrable, who was victorious in one of the races at Mondello Park to jump from 27th to 16th.

Another driver successful in Ireland is Richard Kearney, who won both of the Formula Sheane contests and is now one spot behind Barrable, while Michael Cullen has gained 31 places to rise to 14th after taking Irish Stryker and Fiesta ST wins.

Continuing the Irish theme, Emerald Isle racer Alex Dunne added another dominant British F4 victory to his tally at Oulton Park, while a slow start from pole in the finale prevented him from taking a seventh triumph.
Nevertheless, the Hitech driver still climbs from 25th to 13th.

Also on the move is Mazda MX-5 ace Ben Short, who was victorious in all three of the 750 Motor Club MX-5 Cup races held at Castle Combe, to jump from outside the top 50 into 11th spot.

Another to gain a bunch of places is Liam McGill and he moves to 15th place from 48th having taken two Scottish Fiesta wins at Knockhill.

The unusual stories from national motorsport this week