Formula 1 world champion Jenson Button is due to make his historic racing debut at this year's Goodwood Revival, driving a Jaguar E-type and AC Cobra.

Since retiring from F1 at the end of 2016, Button has competed in a wide variety of categories, including winning the 2018 Super GT title alongside Naoki Yamamoto in a Honda NSX, racing in the Le Mans 24 Hours in an SMP Racing BR Engineering BR1 and setting up and driving for his own team in Extreme E.

But Button's latest racing foray will take him into the historic arena for the first time as he is due to share two cars with long-time friend and endurance racer Alex Buncombe at the Goodwood Revival over the 17-19 September.

The duo will tackle the Stirling Moss Trophy contest, formerly known as the Kinrara Trophy, for early 1960s GT cars in the E-type run by RJN Motorsport - the experienced GT squad headed up by Bob Neville that Button entered into a partnership with to field cars in British GT under the Jenson Team Rocket RJN banner.

After that race, held at dusk on Friday evening, Button and Buncombe are also slated to share a 1963 AC Cobra in the flagship one-hour Royal Automobile Club TT Celebration on Sunday afternoon.

The car was originally a factory prepared machine for the Shelby American squad but is now prepped and run by DK Engineering. 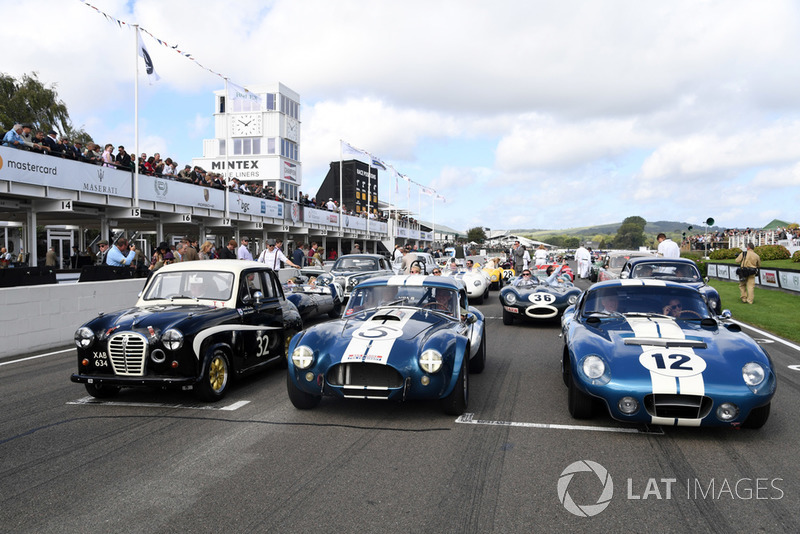 The Goodwood Revival is returning this year after a year's absence in 2020 due to the coronavirus pandemic.

All three of Goodwood's major motorsport events were axed last season and instead a behind-closed-doors SpeedWeek fixture took place in October.

The Goodwood Festival of Speed then made a return this summer and attracted a large crowd after being one of the government's pilot events for allowing spectators back to sporting contests.

The Members' Meeting was postponed from its traditional spring slot and is instead due to run in October.