British GT promoter the Stephane Ratel Organisation has decide to attempt to separate the GT3 and GT4 grids for 2018.

The two classes would race together only twice, with the new series taking place on the British GT undercard at four of its seven rounds and featuring a standalone race at Thruxton on an yet-to-be-decided date.

Ratel explained that the decision resulted from the growth of the GT4 category at a time when the British GT grid is close to capacity, as well as renewed interest in the GT3 class.

"There is no secret that there is a lot of interest in GT4 at the moment," he said.

"There are lots of new cars, some of which we don't have in Britain, and more coming like Jaguar, which we know about, and another one too.

"We are close to the capacity of the grid now, but if we do this, I believe we can have a full grid of GT4 cars."

Ratel stressed that he remains committed to the GT3 class in Britain. 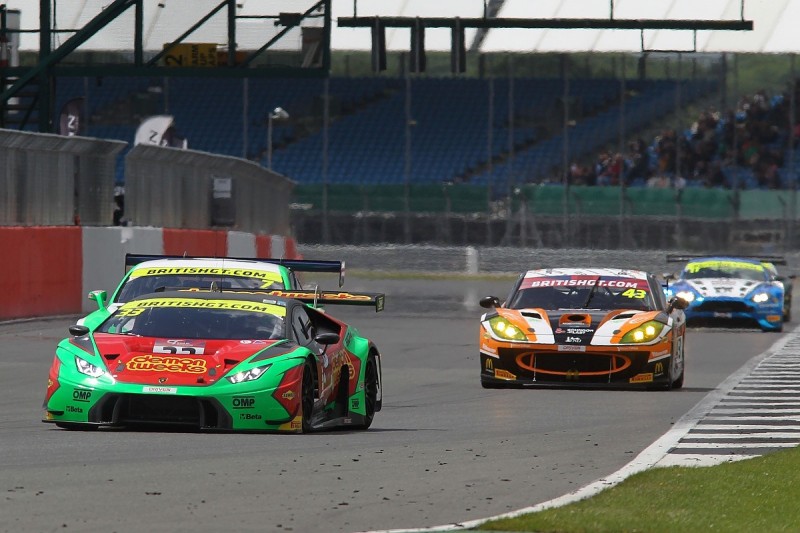 "I do not want GT3 to stop in Britain and we are working with the teams to have more cars," he explained.

"I'm not saying I want a 26-car championship; next year will be a transition season and I want to have 16 to 18 cars."

British GT series co-ordinator Benjamin Franassovici revealed that he expects two more GT3 cars to bolster the 12 full-season entries in the series before the end of this year.

He also said that interest from teams made it likely that the Cup class for one-make racers, such as the Lamborghini Super Trofeo, would make a return to the series in 2018.

GT3 and GT4 cars will race together at the Silverstone 500 three-hour race in June and then at the Spa round. The Belgian event, which will revert to its previous two-hour format, will now take place one week ahead of the Spa 24 Hours in July at the start of what is being billed as 'SRO Speed Week'.