The GT3 division dropped to a six-year low of 11 cars for the season finale at Donington Park.

Championship organiser the Stephane Ratel Organisation wants to broaden the appeal of the class in Britain and open the category up to a wider range of drivers.

A new Silver/Am category will be introduced for next season, aimed at bringing younger career-focused drivers into GT3.

The category will allow Silver-graded drivers - from series such as the Porsche Carrera Cup, GT Cup or junior single-seater classes like the BRDC British Formula 3 Championship - to partner with a Bronze amateur driver.

Currently British GT's structure is skewed toward well-funded amateurs drivers paying for factory or professional grade team-mates, who in large do not contribute to the season's budget.

Those pairings will score toward their own Silver/Am championship as well as the overall GT3 championship.

There will also be a repackaged Am/Am class catering for two amateur drivers sharing a car.

These pairings will score 1.5x points toward the overall championship should they finish within the overall top 10 in races.

The minimum drive time for amateurs has also been increased, with amateur drivers now required to do a minimum of 50% of the race duration instead of the usual 40%.

While numbers have grown rapidly in the lower-cost GT4 division, SRO is keen to retain the global GT3 formula as the championship's top tier.

It has worked with the series' new teams' association to find ways of drawing drivers back to GT3 racing. 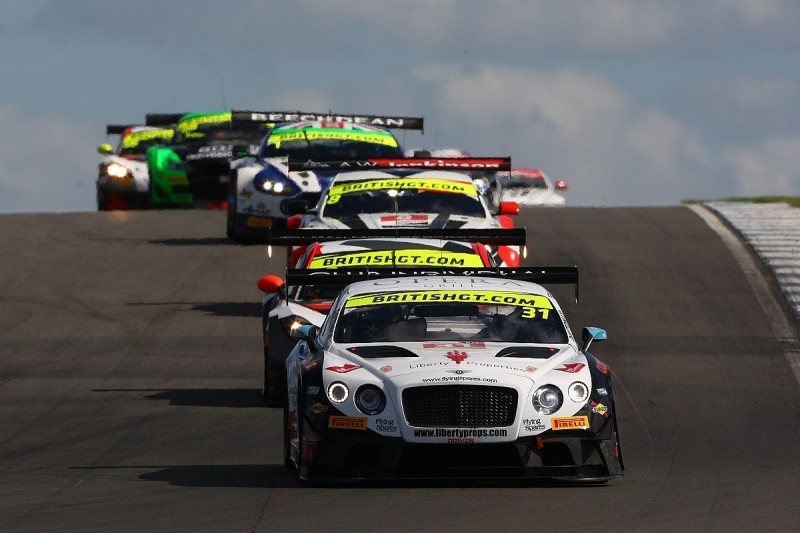 "The Pro class is also operating at an incredibly high level thanks to several factory drivers plying their trade with us.

"But while this is something we're proud of and have no intention of restricting, it's also an area that SRO and our teams have identified as a potential stumbling block for new drivers.

"We've worked hard with our teams and drivers on rectifying this and, in terms of co-operation and understanding, I don't think the organiser and teams have ever enjoyed a better relationship. All are committed to making a thriving GT3 class.

"Ultimately, these changes give amateurs and young professionals a chance to measure themselves against the benchmark drivers, learn their craft and have something to show for it at the end of the season.

"I'm confident this will have a positive impact, and domestically GT3 will be in good shape next year.

Other changes include the removal of extra ballast for cars running platinum-graded drivers to ensure works outfits continue to participate.

The showpiece Silverstone 500 three-hour race will also gain its own trophy, which will have the winners' names inscribed on the base each year.