The coach tour - which the series organisers explained are common in Japan's Super GT championship - is thought to be the first of its kind at a European venue.

The bus was operated by veteran driver Malcolm Tales, who was told to stick to the left-hand side of the Silverstone track while the safety car followed close behind.

Signals were given when it was safe for the British GT field to overtake the bus, which was filled with championship guests and members of the media.

The bus, which was built in 1965, completed two laps of the track on the tour of the British Grand Prix venue before returning to the pitlane. 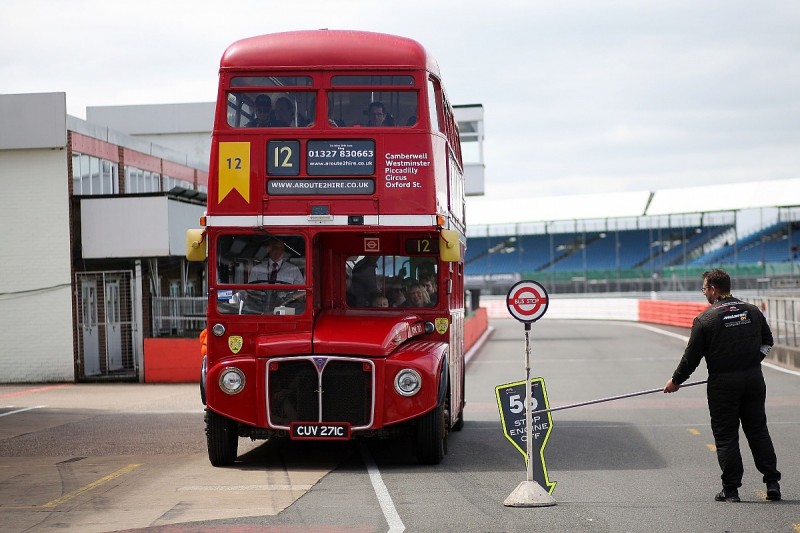 "Seeing a bus - or anything other than a GT car for that matter - on track at the same time as a British GT practice session is usually the stuff of my nightmares," said championship manager Benjamin Franassovici.

"However, what began as a funny internal discussion soon developed into a viable opportunity to do something never before seen in Europe, not to mention an experience that today's guests won't forget in a hurry.

"Watching 600bhp GT3 cars fly past at racing speeds looking down from the top of a double decker offers a new and surreal perspective on motorsport, and one we're now keen to replicate in the future."