Billy Monger has arrived home from hospital after suffering life-changing injuries in a British Formula 4 crash at Donington Park.

The 18-year-old JHR Developments driver had amputations to both of his legs - one above and one below the knee - as a result of a crash in the third race at Donington on April 16.

He ploughed into the Carlin car of Patrik Pasma when completely unsighted after the Finn was stationary on the track following a spin at Schwantz Curve.

Monger was airlifted to hospital in Nottingham, where he remained for the three weeks after his crash, but he is now back home in Surrey.

JHR team boss Steven Hunter told Autosport: "His mental strength is amazing, it's been an inspiration just to be around him through all this.

"Billy made it easy for us all - his strength gave those who were supporting him strength. He is certainly a super star."

A trackwalk at Thruxton on Saturday evening attended by British Touring Car Championship drivers and fans helped raise £7500 for Monger.

The walk was the idea of the son of Power Maxed Racing boss Adam Weaver.

Ten-year-old Alfie helped organise the event, and Weaver Sr estimates that more than 1200 people took part in the 2.356-mile trek, including Monger's sister.

Weaver Sr said: "We were blown away by the response. The charge was £5 for people to take part, but lots of people chucked more money than that into the collecting pots.

"The response was overwhelming, really.

Hunter added: "It was yet another amazing show of support.

"Billy was watching the walk on the live feed and said it was awesome." 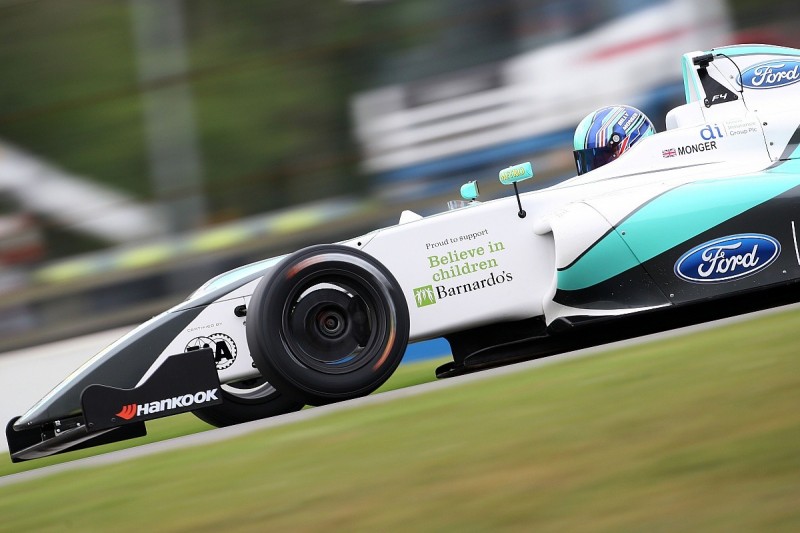 The Motor Sports Association and FIA are currently conducting an investigation into the crash and in a statement the MSA said the cars have now been released back to the teams.

It read: "A technical examination of the cars was conducted by representatives of the Global Institute for Motor Sport Safety, the FIA and MSA on Thursday April 20 at Donington Park Circuit.

"The MSA and the Global Institute, which is leading the technical investigation, met with representatives of the teams and championship on Thursday 4 May at Donington Park Circuit to allow access to the cars of Billy Monger and Patrik Pasma.

"The cars have now been released back to the teams.

"Incident investigations often yield findings that can be utilised to improve safety within the sport and it is expected that recommendations will be made as a result of the investigation into this incident."

FIA Single Seater Commission president Stefano Domenicali confirmed the FIA was backing the investigation and added a personal message of support to Monger.

"Safety is a never-ending duty for the FIA," said Domenicali. "We work very closely with all motor sport stakeholders on this - including our National Sporting Authorities, and our research partner, the Global Institute for Motor Sport Safety.

"Of course, the outpouring of support that we have seen from the motor sport community toward Billy Monger has been incredible.

"Everyone in the sport is thinking of him and we all wish him the absolute best in his recovery."