Britcar endurance series will support Spa WEC round in 2020

Two non-championship races for the club endurance racing series will take place during the Spa WEC weekend on April 23-25 next year.

The races will be open to any car that complies with Britcar regulations and this includes both GT and production-based cars.

It will be the first time Britcar has run an overseas event since Claire Hedley took over the management of the championship for 2016.

"We're over the moon," said Hedley. "It's a great opportunity for us and puts us on the world stage.

"It's amazing, we were approached by them [WEC organisers] because of our reputation - we put on a good show and have good grids."

Hedley said interest in the event has been "phenomenal" after receiving a significant number of enquiries from prospective entries in the first 24 hours after the races were announced.

"I've had European teams approach me already - we've had some teams run with us in the past and they've said they're coming back," she added. 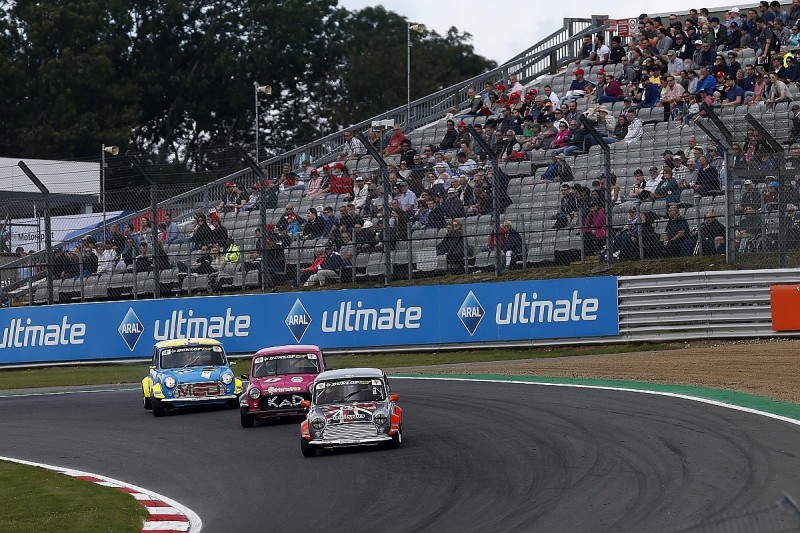 Britcar is not the only club racing series to have secured a support slot at a major international race meeting.

The long-running Mini Miglia and Mini Se7en categories will appear at the Brands Hatch DTM meeting in August for a second time next year.

"It's a real pat on the back to have the likes of ITR/DTM saying such nice things about us," said the Mini 7 Racing Club's commercial director Colin Peacock.

"It's great because people take notice so we're very lucky.

"The membership seems really happy to be invited back and are delighted to be part of it."