The 17 year-old came into the meeting 106 points clear of team-mate, James Pull, in the standings and looked assured of taking the title this weekend after winning the opening race from pole.

Finishing fifth in race two, which featured a part-reverse grid, meant he only needed to finish race three to win the title while Pull needed to win and hope for an Ahmed retirement.

A lights-to-flag victory for Ahmed in the third race ensured he secured the title in emphatic style, while Pull could only recover to seventh having started 11th.

"It's surreal, it's my first title since karting in 2014 and I'm really happy to win my first championship in cars," said Ahmed, who took his 12th win of the season in the final race at Snetterton.

"I couldn't be here without the team, they helped me so much, I'm glad I could win it for them."

Ahmed said he now wants to match Jan Magnussen's tally of 14 wins in a single season, set in the original version of British F3 in 1994 rather than the current BRDC category.

Ayrton Senna won 12 times on his way to his title in the original F3 series in 1983.

"I want to try and get 14 wins and match Jan Magnussen's British F3 win total and to match [Ayrton] Senna's win total of 12 means quite a lot," said Ahmed. 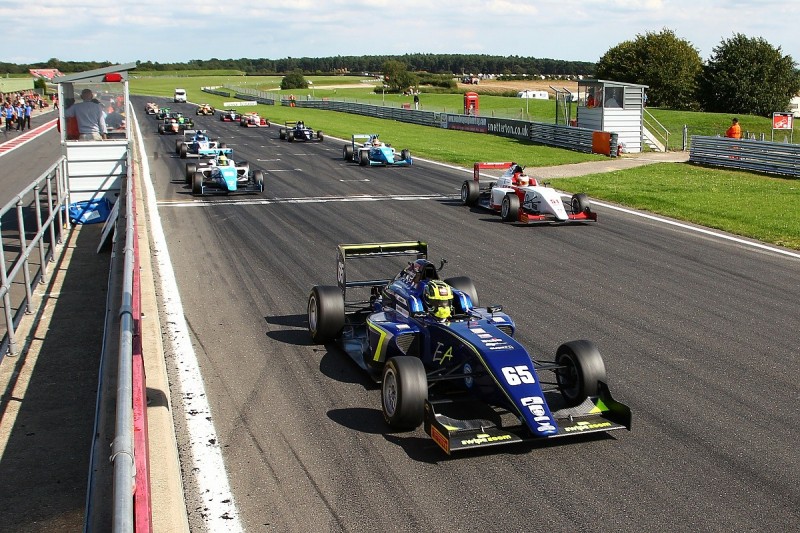 The 17-year-old has never looked back since the opening weekend of the season at Oulton Park when he took a hat-trick of wins to begin his campaign in perfect style.

A further win at the next round at Rockingham made it four on the bounce before two more at Snetterton in the next round put him in a commanding position as his main rivals, Lanan's Toby Sowery and Pull, had yet to record a win by this stage.

A disappointing weekend at Silverstone by his own very high standards yielded no wins as Sowery closed the gap with two victories, but a superb double at Spa-Francorchamps underpinned Ahmed's dominance in the series and provided him with a comfortable buffer in the standings.

A further brace at Brands Hatch all but secured the championship ahead of this weekend at Snetterton.

Trevor Carlin, team owner of Carlin, said: "It's had an air of inevitability [winning the title] but what we didn't want him to do was get complacent.

"We told him you've just got to go and try and win a race, that's why the [championship] gap is so big he's not settled for second he's gone for the win. He's done a brilliant job this year." 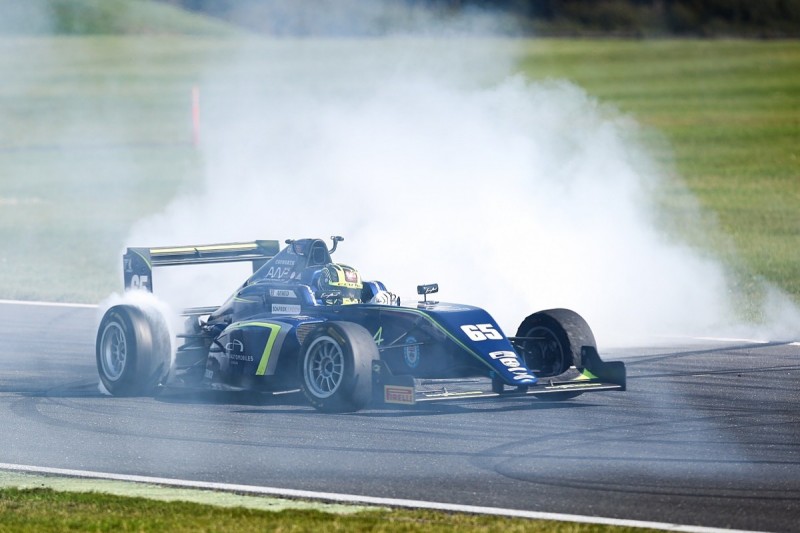