But Gallagher will then return to the car for the following Xfinity round at Kentucky Speedway.

Earlier this year, Gallagher won his first Xfinity race at Talladega as part of NASCAR's Dash4Cash competition that earns the winner of select races $100,000.

He was then hit with a ban days later and agreed to participate in NASCAR's Road to Recovery programme alongside an "appropriate substance abuse professional", who outlined a plan to return to racing after substance tests over a set period.

"The whole GMS organisation is very proud of Spencer for getting reinstated after completing NASCAR's Road to Recovery programme after the results we received post-Talladega," said Mike Beam, president of GMS Racing. 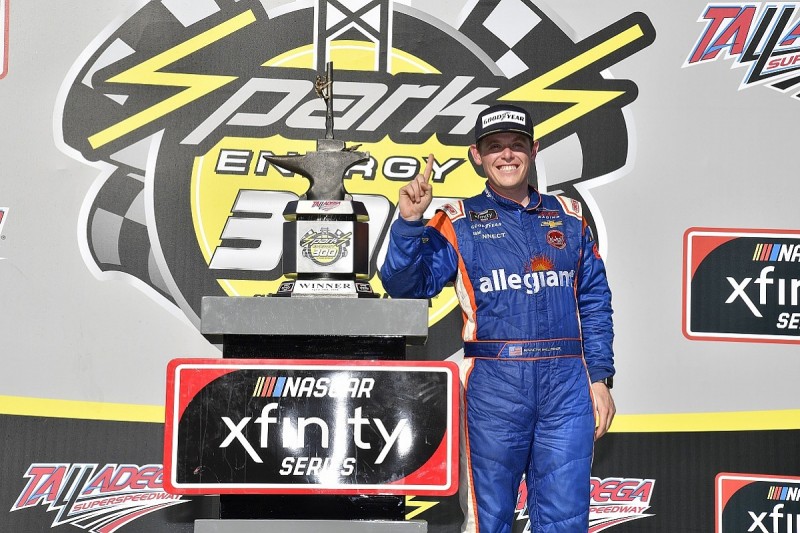 "Spencer will return to the #23 at Kentucky Speedway and then again after our agreed contracts are fulfilled."

Gallagher took to Twitter to announce his return: "Time for the next chapter, boys and girls.

"Been a tough road, but it's through adversity that you learn true strength.

"Can't thank the entire garage, the fans and everyone at GMS Racing enough for their support through this. See you guys at Kentucky."

Gallagher had been seventh in the series after the first seven races of the 2018 Xfinity series season, but he now lies 14th after 15 races.