Truex started the playoff section of the season with a 20-point lead as a reward for winning the 'regular season' title, and has benefited from the new points-paying three stage system to win 18 to date, six more than nearest rival Kurt Busch.

The Furniture Row racing driver claimed his 12th career victory in the first race of the post-regular season at Chicagoland, winning the final stage as a result, to take his total to 58 playoff points.

He now leads second-placed Kyle Larson by 27 points. "It's kind of like the regular season," he said.

"Once you win that race, you're locked in, but that doesn't stop you from trying to go win again because of the bonus points.

"On top of that this year, with the bonus points available, stage wins, all that, as far as I know all the bonus points we gain in this round, they go to our total so we get them next round as well.

"You want to get as many of those as you can just for a safety net.

"From our standpoint, our approach doesn't change from what it was in the regular season."

Truex added that the new stage format helps cover any setbacks, like the playoff-ending engine problem he suffered in Talladega last year.

"We go every single week to try to win both stages and try to win the race, try to get as many of those points as we can in case we have something happen like we did last year at Talladega," said Truex.

The points leader said his improved results in 2017 come from finding consistency that has eluded him in recent three years.

"I would say because we've been together for three years as a group, that yes, I've never been in a position like this," he said.

"Without a doubt, this is the best position I've ever been in.

"We've been in this position the last two years really. Last year we had the speed that we have now but I feel like we didn't have it as consistently.

"Two years ago we didn't have the speed, we just executed well. So now I feel like we've got all of that put together this year, where we're very consistent." 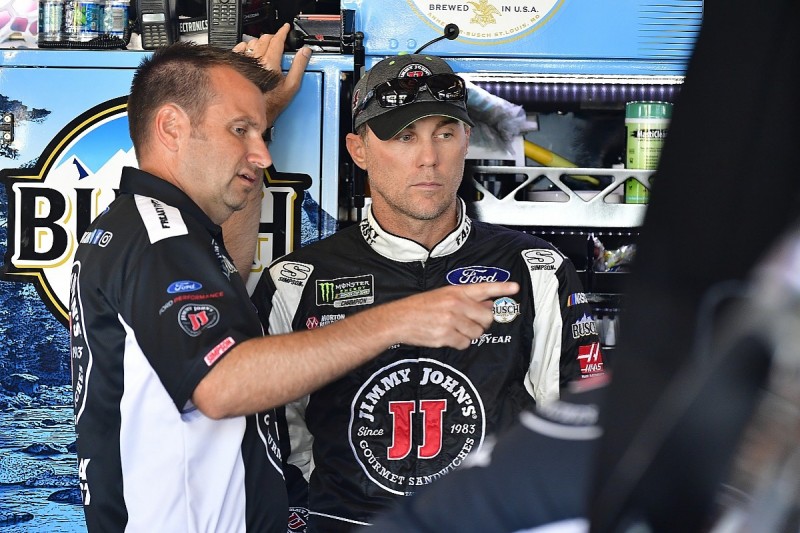 Kevin Harvick's third place finish at Texas means he is now 35 points behind Truex, but he does not believe wins are essential to bridging the gap.

Harvick, the 2014 champion, has won just one race this season - at Sonoma, which secured his playoff place - but says consistent points returns will be crucial in the championship hunt.

"There are a lot more people that will go through round to round on points than by winning," he said.

"You have to think about points and stage points throughout the whole race."