Martin Truex Jr became NASCAR’s first multiple race winner of 2021 in a rain-delayed Martinsville event that was postponed from Saturday.

Only 42 of 500 laps were completed on Saturday night before the remainder of the postponed Cup race was run on Sunday afternoon.

But a late-race red flag for a multiple-car wreck pushed the race into the night and it was then that Truex’s Toyota came to life.

Truex caught his Joe Gibbs Racing team-mate Denny Hamlin – who dominated much of the race – and passed him with 15 laps to go, before holding off a late charge from Chase Elliott to secure his second win of the 2021 season.

The win is the 29th of his career and three of his four most recent Cup wins have come at Martinsville. Hamlin, who led 276 laps, held on to take third place, ahead of William Byron in fourth as Kyle Larson rounded out the top-five. 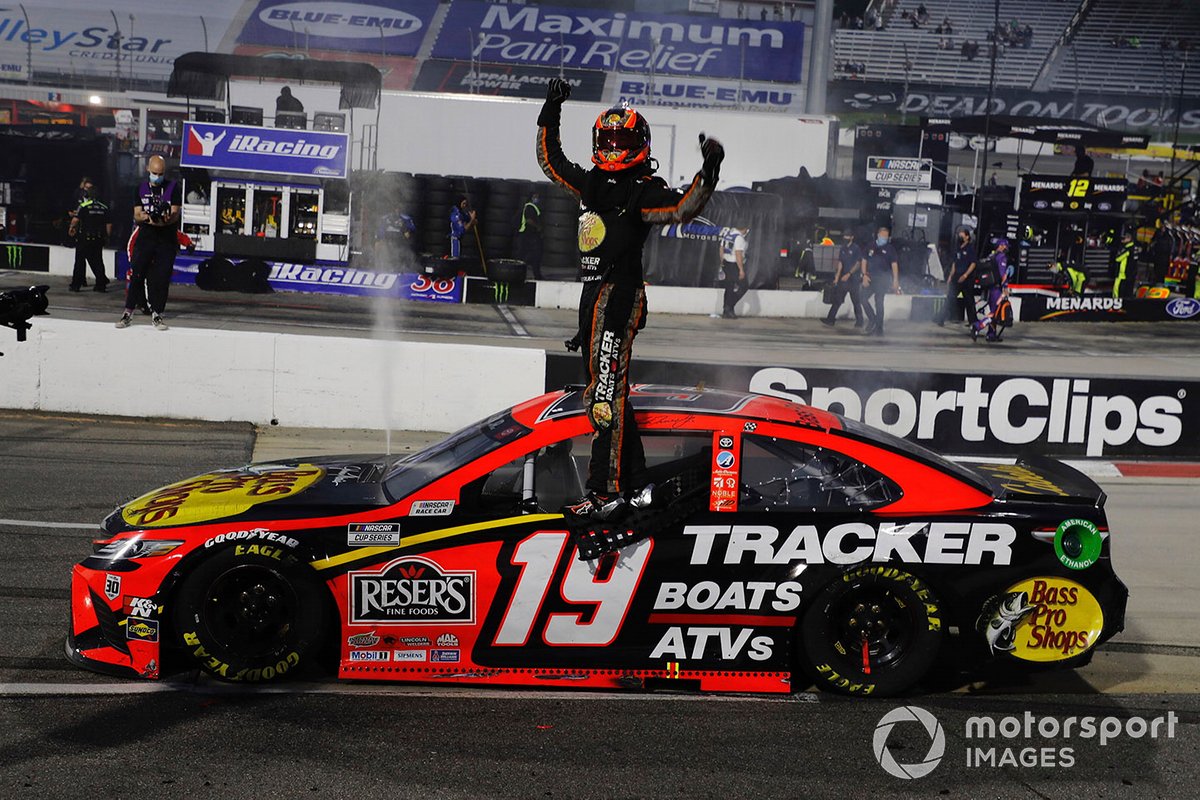 After a relatively subdued two days of running following the postponement due to rain on Saturday, Sunday’s restarted race sparked into action on lap 386, as Kyle Busch and Chris Buescher banged fenders coming off Turn 2 which triggered a multiple car crash that temporarily blocked the backstretch and brought out a red flag.

Following a 22-minute red flag to clean the track of debris, the race returned to caution, before a full restart on lap 397, with Hamlin at the head of the field followed by Blaney, Logano, Elliott and Truex.

With 50 laps to go, Hamlin maintained a small but steady lead over Blaney, but on lap 452, Chase Briscoe spun at Turn 3 which brought out the 15th caution of the race. All the lead-lap cars pitted with Truex the first off pitroad.

When the race returned to green on lap 459, Truex was followed by Hamlin, Larson, Elliott and Bell, with Hamlin going to the outside of Truex to reclaim the lead. But with 15 laps to go, Truex went to the inside and got around Hamlin to make the decisive move of the race.

Elliott and Hamlin remained in the hunt in the closing stages but Truex maintained a gap to the chasing pair to claim victory at Martinsville.