Martin Truex Jr says it is "perfect" to be considered the NASCAR Cup title favourite, brushing off Kevin Harvick's claim that Truex and Kyle Busch are under all the pressure

Busch has been his nearest rival on both fronts, winning five races and 14 stages, leading Harvick to state the pair are favourites for the final four showdown at Homestead this weekend and that "the pressure is really on" them.

Truex said Harvick's comments had no impact on him, and being title favourite puts him in better shape than when he was last a championship contender in 2015 but was very much the underdog.

"It doesn't work on me," Truex said of Harvick's comments. "If I'm the favourite, perfect, I like that.

"I think it's a better position to be in.

"I was the underdog before and I finished fourth, so bring it on.

"I don't think it's any extra pressure at all." 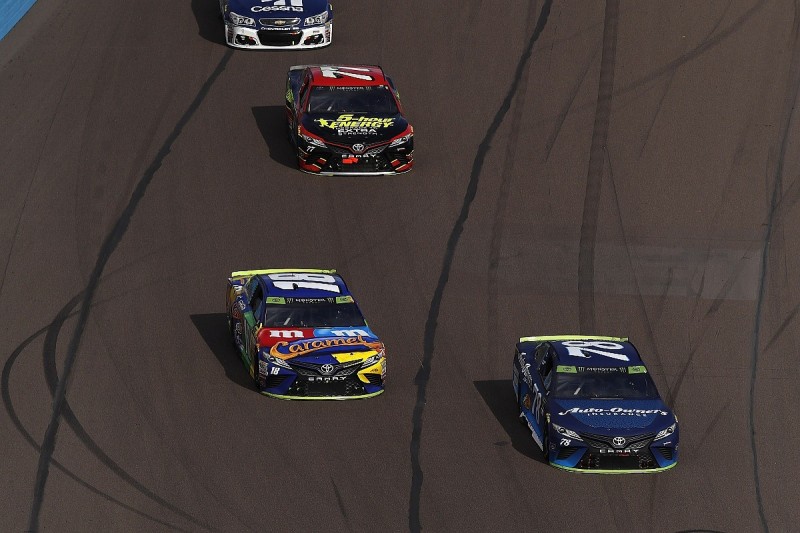 Harvick had suggested that Busch and Truex (pictured above) "would probably feel like they've had a letdown" if they lost the championship after such strong seasons.

Truex is the only 2017 championship contender yet to win a title, with rivals Brad Keselowski, Harvick and Busch having won in 2012, '14 and '15 respectively.

"They definitely have a little bit of experience in this position.

"I feel like we're in a whole lot better spot as a team than we were the first time we had a shot at it, and we're going to go out there and just do the best job we can do.

"I've got a lot of confidence in our team right now and what we're doing.

"We just need to keep doing what we're doing, go down to Miami and just have fun and do what we know how to do."