Trackhouse Racing has announced that Ross Chastain will drive for the team in the NASCAR Cup Series next season, when the team takes over Chip Ganassi Racing's assets.

Chastain will pilot the #1 Chevrolet Camaro alongside teammate Daniel Suarez in the No. 99 as the team expands to a two-car operation with the acquisition of CGR.

The 28-year-old joined Ganassi full-time at the start of the 2021 season, scoring two top-fives and six top-tens with a career-best result of second at Nashville. He is currently 18th in the championship standings, just outside the playoffs.

He had raced for Premium Motorsports on a largely full-time basis in 2018 and 2019, before conducting part-time duties in 2020 for Spire Motorsports and at Roush Fenway Racing, after Ryan Newman was laid off for three races following his horrific Daytona shunt.

“Ross is a young, aggressive driver that we believe has the talent to win races at the Cup Series level,” said Trackhouse founder Justin Marks.

“We think his personality and work ethic will fit perfectly with Daniel as we build our organisation for the 2022 season and beyond.”

Chastain has over 100 starts at the Cup level, along with wins in both the NASCAR Xfinity and Truck Series.

The eighth-generation watermelon farmer commonly referred to as the 'Melon Man' is one of the most aggressive drivers on the track, and popular among the fanbase. He was voted the Truck Series' Most Popular Driver in 2019. 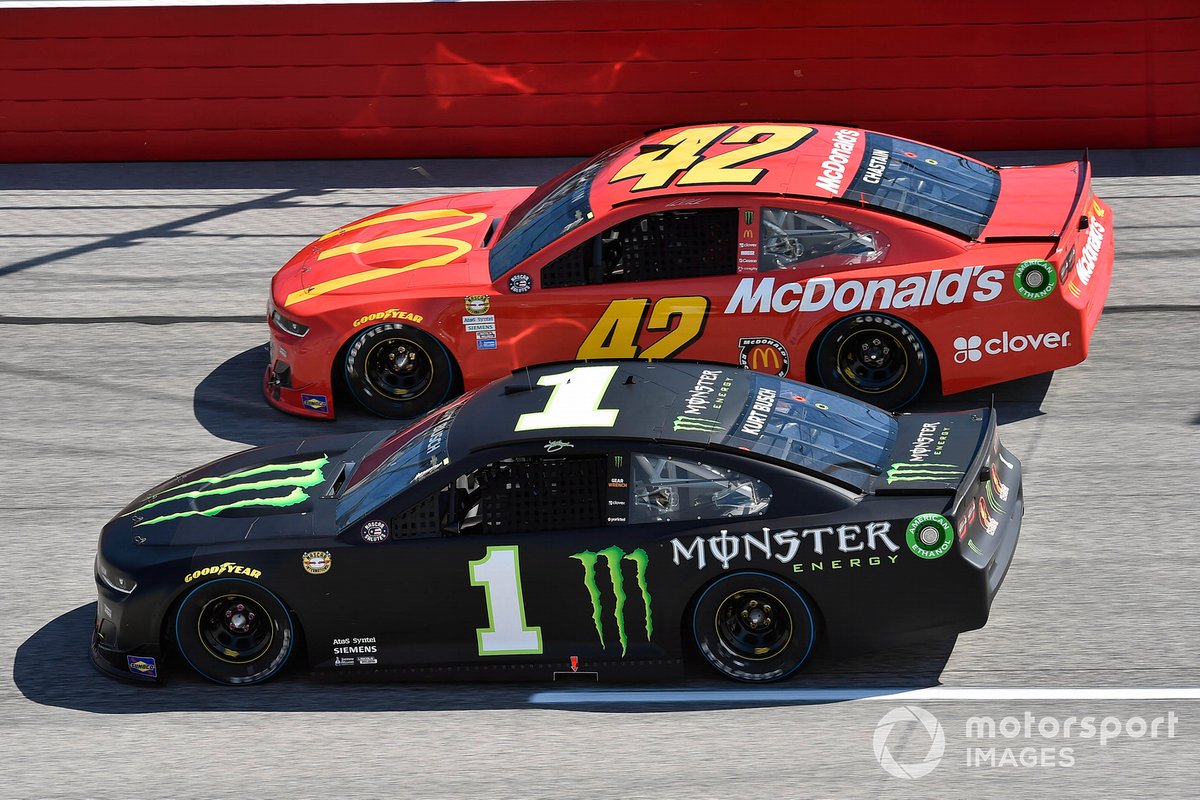 “This is another dream come true for me,” said Chastain.

“Trackhouse is one of the most interesting organisations in the garage. The enthusiasm they bring off the track and the program they are building on the track is exciting.

"Working with Daniel and Justin, however I can, is my number one priority. I know that I can help build our Chevrolets to be as strong as possible.”

Enerson made his first appearance in NASCAR in the Xfinity Series last year, finishing in 20th at Road America, but is more well-known for his open-wheel endeavours.

The Florida native is an Indy Lights winner and has four IndyCar starts, placing as high as ninth at Watkins Glen in 2016. Earlier this year, he attempted the 105th running of the Indianapolis 500 with Top Gun Racing but missed the field.

He will pilot the #15 Rick Ware Racing Chevrolet as a teammate to Garrett Smithley, Josh Bilicki, and James Davison.

There are 37 cars on the entry list as NASCAR returns to action after a two-week break for the Tokyo Olympics.