The NASCAR Cup Series playoff race at Talladega has been suspended until Monday afternoon, after rain left the field stranded in the pitlane after 55 of the scheduled 188 laps 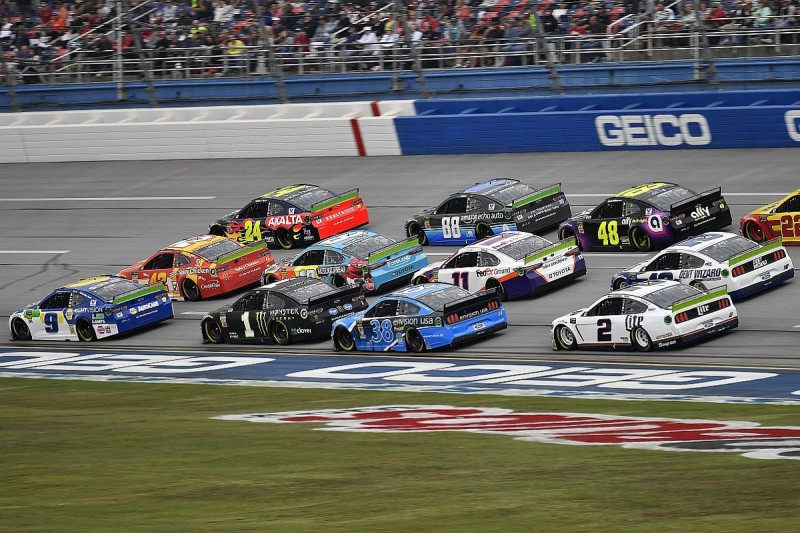