One tradition for the winner of the annual Daytona 500 may be at least temporarily halted this season – or just delayed.

Since 1997, the winner of the Daytona 500 has been presented with the Harley J. Earl Trophy in Victory Lane, and the winning car is put on display in its race-winning condition for one year at the Motorsports Hall of Fame and Museum adjacent to Daytona International Speedway.

However, with the delays in the development of the NASCAR Cup Next Gen car and supply-chain issues for its parts and pieces, teams are struggling to build their inventory to the maximum-allotted seven cars per team by the start of the 2022 season.

Losing the use of a car for the entire year by winning the race may become impractical considering the challenges teams currently face.

A NASCAR spokesperson confirmed to Autosport on Wednesday no decision has been made but there are ongoing discussions about the issue among NASCAR, teams and the speedway.

“I was in the garage yesterday and Slugger [Labbe, engineering manager] comes up to me and says, ‘Dave, you know what happens when we win the Daytona 500? What’s the first thing NASCAR does? They take our car away,’” said David Wilson, Toyota Racing president. 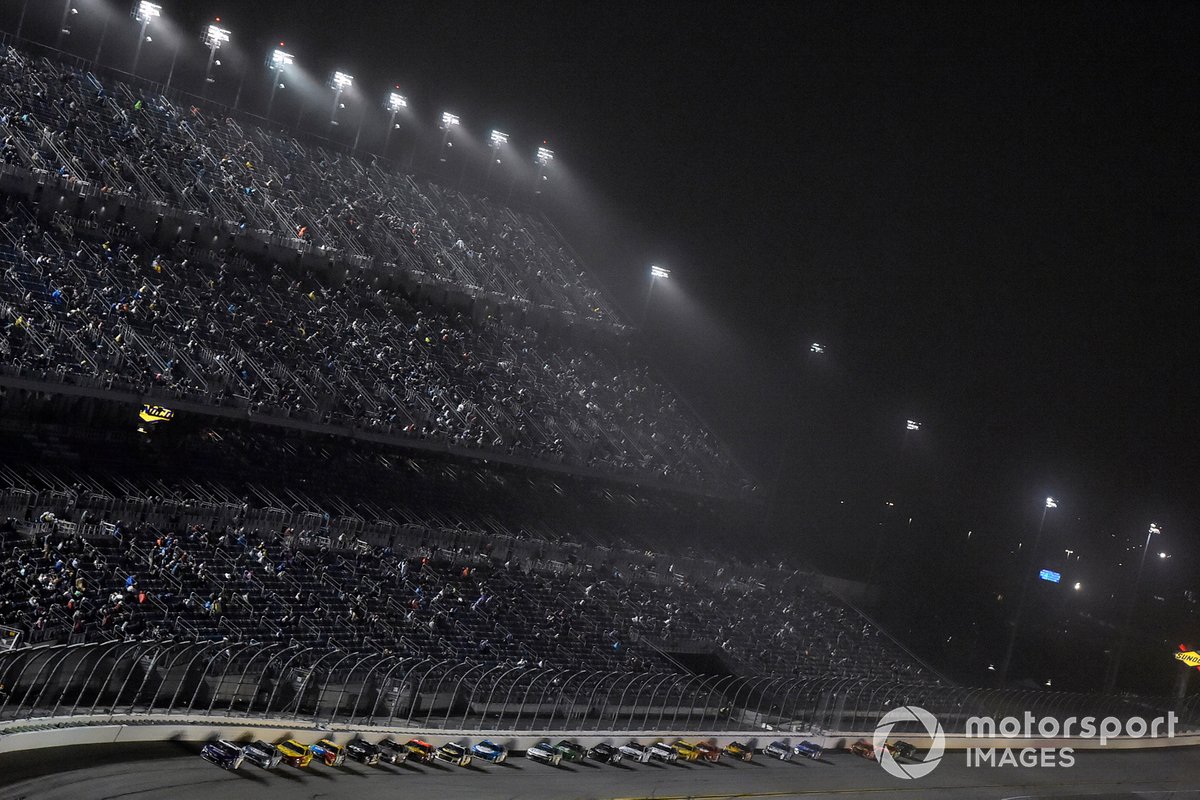 “So, literally, Eric Jacuzzi [NASCAR managing director of aerodynamics and vehicle performance] comes up and Slugger puts his around him and tells him. Eric says, ‘Yeah, we need to think about that.’

“I don’t know how it will work out, but they may end up giving us something that says we owe them a car, maybe give us until the fall race to give the Daytona 500 winner back. It’s just another illustration of the challenges we face.”