Hamlin abandoned his race during the four-hour rain delay that happened 22 laps into the scheduled 500.

"I just pulled something in my neck to upper back about lap 12," said Hamlin.

"I started going backwards at that point because the pain was bothering me quite a bit.

"I think it's something that will go away.

"I just pulled or jarred something in a weird way.

"It's a tough track on necks anyway. I'll just try to win Richmond next week."

Hamlin has already secured a Chase place thanks to his Martinsville win last month. 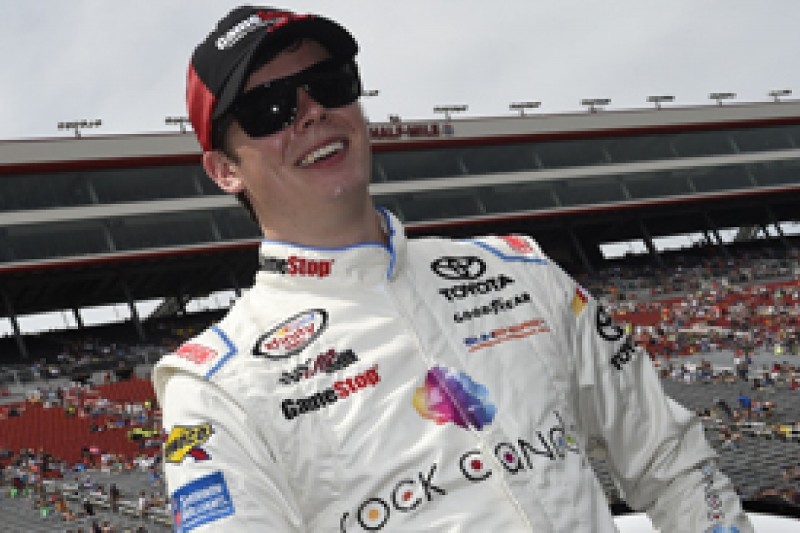 He said that meant there was little incentive to carry on in discomfort so thought it better to let Jones (pictured) have an impromptu in-race Cup test.

"I'm not 100 per cent, and with this format it's all about winning," Hamlin said.

"There's no way I'd have been able to go out there and compete for the win.

"It would be doing my team a complete injustice to go out there and just run for a bunch of laps.

"Instead it's better to have Erik run some laps and get used to these Cup cars. We know where he's going to be in a few years.