Larson is gearing up for his return to the NASCAR Cup Series this year after being sacked by Chip Ganassi Racing and suspended by NASCAR last April for using a racial slur during a virtual racing event run in the COVID-19 enforced pause to the season.

The NASCAR Cup race winner missed the remainder of the 2020 season as his sponsors dropped their contracts with him, while veteran Matt Kenseth replaced him in the #42 car at Ganassi.

Following a public apology and having completed sensitivity and diversity training during his suspension, Larson has been signed by Hendrick Motorsports for his NASCAR comeback.

Larson will take over the team previously driven by Alex Bowman, but it will be rebranded as the #5, with Cliff Daniels set to serve as Larson's crew chief.

At the start of this month Monez announced he would be spotting for the 28-year-old in 2021. 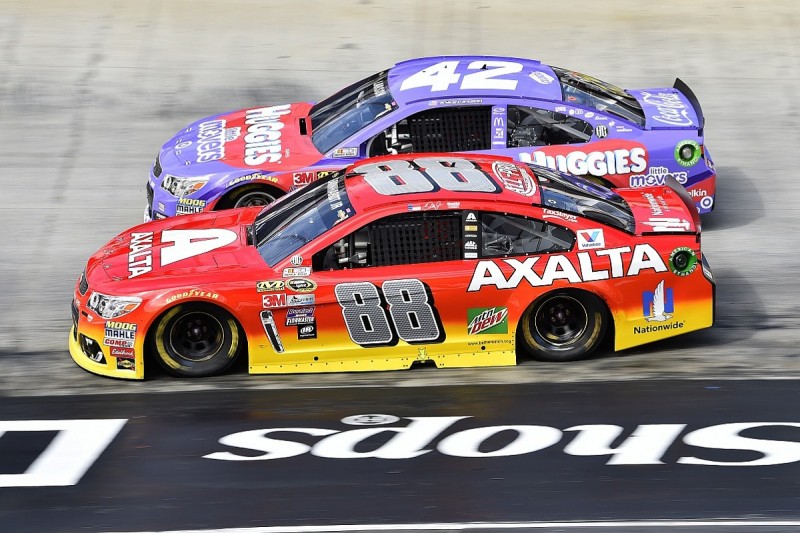 But following an apparent uproar over some of Monez's social media posts, a spokesman for Hendrick Motorsports on Tuesday night confirmed to Autosport that Monez is no longer with the team.

Within days of his hiring as a spotter, attention was quickly drawn to Monez's social media account highlighting several of his tweets, including one promoting the hashtag of the QAnon conspiracy theory that focused on United States President Donald Trump fighting a secret war against elite Satan-worshipping paedophiles.

Monez has not been sanctioned by NASCAR while Hendrick Motorsports is expected to announce a new spotter for Larson at a later date.

"Kyle is unquestionably one of the most talented race car drivers in the world," said Rick Hendrick, owner of Hendrick Motorsports, following Larson's signing last October.

"I have full confidence that he understands our expectations and will be a tremendous ambassador for our team, our partners and NASCAR."