Larson got ahead of Martin Truex Jr after the two made their final green-flag pitstop of Sunday’s race at Watkins Glen International and moved out to a big lead.

But over the final 15 laps Larson’s Hendrick Motorsports team-mate, Chase Elliott, began running down the leader andpassed Truex for second place on lap 82 of 90.

In the last three laps, Larson had to navigate a lot of lapped traffic in front him while keeping an eye on the approaching Elliott behind him. He took the white flag to start the final lap with a 2.8-second lead ahead of Elliott and held his nerve to take the chequered flag with by 2.4s.

The win left Larson in a tie with Denny Hamlin in the series points lead, but he would claim the regular season title – and the 15 playoff points that come with it – by tiebreaker (which is number of wins).

“Chase was already catching me pretty quick. When I caught those four (lapped) cars and got in to (Anthony Alfredo), I looked in my mirror and thought (Elliott) would be right on me but thankfully I had a comfortable-enough gap where I could make a mistake like that,” Larson said.

“I want to say big apology to Christopher Bell. I was inside but I wasn’t inside enough and I needed to have my nose a few feet further ahead and I ended up turning him. I race with him a lot. He’s probably the one guy I race with the most in all my racing. I hate I turned him like that – we’ve had incredible races together.

“Another amazing car. I knew from about lap three after I stopped making a bunch of mistakes that we had a car that could win today.” 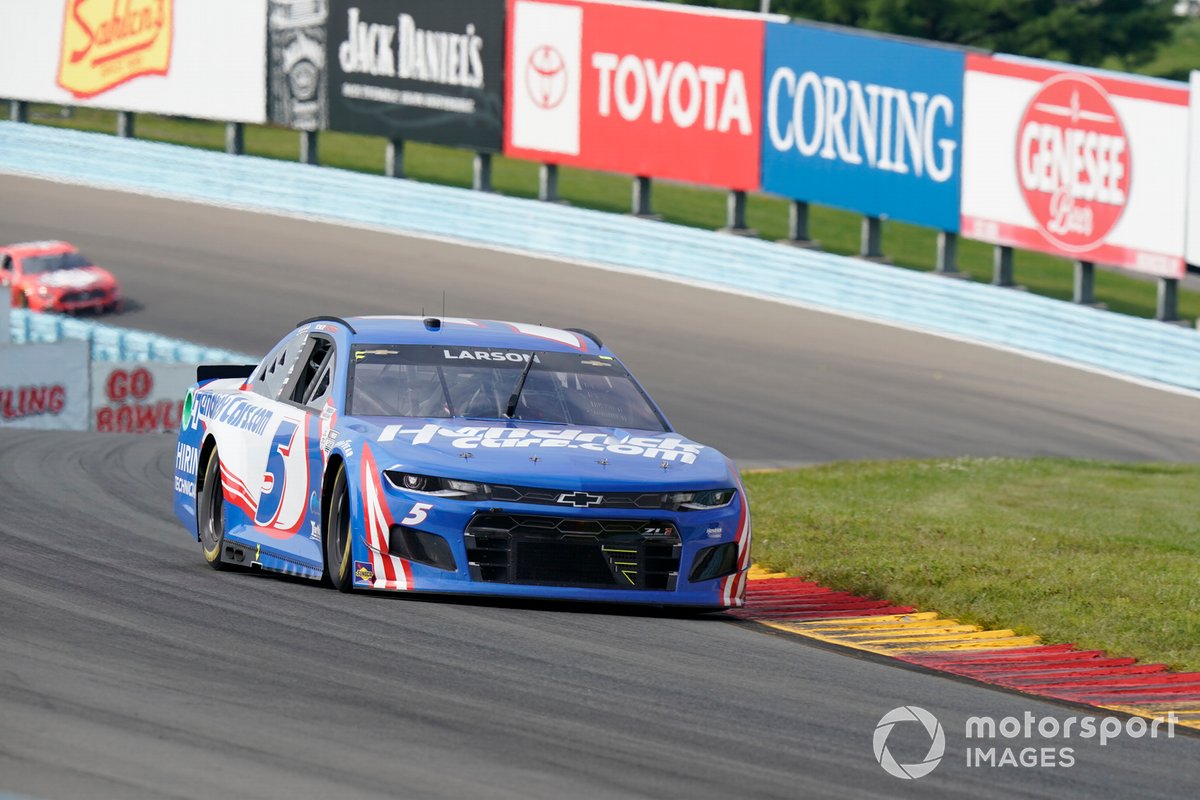 The win is the fifth this year for Larson – a career-best in a season – and the 11th win of his career.