The Joe Gibbs Racing driver's probation period has been reduced from six months and will now conclude at the end of 2015, but the series did not relent over the decision to bar him from Texas and Phoenix.

Kenseth and JGR's case was rejected by NASCAR's first appeals panel in a hearing on Thursday morning.

A second hearing with the championship's final appeals officer during the afternoon resulted in the probation reduction, but no change to the suspension period.

"I appreciate the procedure and them going through it like we wanted, but I'm obviously more than a little disappointed with the decision and the penalty to start with," said Kenseth.

"I'm first driver in the 65-year history of NASCAR to get suspended for an incident that happened in a Sprint Cup Series race, so I feel like I was unfairly made an example instead of knowing [beforehand] where the line is and what the penalties are."

Kenseth took Logano out of the Martinsville lead while running down the order following a collision with the second Penske Ford of Brad Keselowski.

The incident followed a clash at Kansas twoweeks earlier in which Logano had spun Kenseth out of the race lead, and blamed the JGR Toyota driver for blocking him.

Logano went on to make the cut for the next stage of the Chase, while the Kansas clash played a role in Kenseth being eliminated.

NASCAR said when awarding the initial penalty that Logano's status as race leader and a title contender combined with Kenseth being so far out of contention had a bearing on the severity of the punishment.

"All of us are just so disappointed," he said.

"That guy has spent 20 years in this sport, and had one other minor infraction - a I think a $5000 fine. He's been great for NASCAR.

"We felt like this penalty was kind of unprecedented and it was inconsistent with a number of other on-track incidents, one of them exactly like this one." 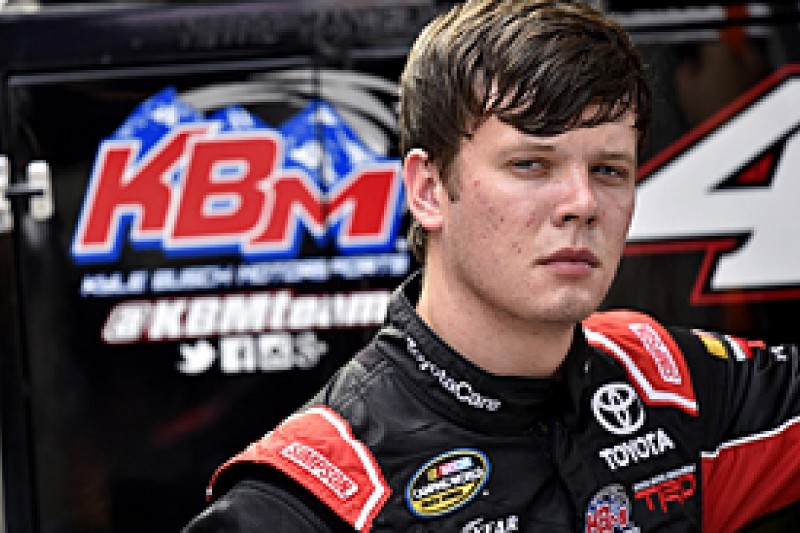 JGR's teenage protege Erik Jones will stand in for Kenseth in the next two races.

The 19-year-old currently leads the Truck Series standings and is a race winner in the Xfinity Series.

He has made two previous Cup appearances with Gibbs, stepping in mid-race when Denny Hamlin suffered neck spasms at Bristol in March, and then driving Kyle Busch's car at Kansas in May during Busch's absence with leg injuries.

Kenseth added that the penalty would not change how he behaved on the racetrack.

"I've been in this business a long time, I feel like I've had a pretty good career to this point, and I feel like I'm going to continue to have the respect on the racetrack I deserve."