It is understood that any car that requires repairs in a team's garage after an accident will no longer be able to rejoin the race.

Teams will be allowed to carry out repairs in the pits, but if the car is unable to rejoin the race within five minutes it will also be forced to retire.

The move is part of an effort to reduce the number of cars that rejoin a race in poor condition after crashes.

Permitted repairs to damaged cars include removing or reattaching original bodywork parts with fasteners and/or tape, while rods or supports can also be used to strengthen original parts.

However, new bodywork panels cannot be put on a crashed car. 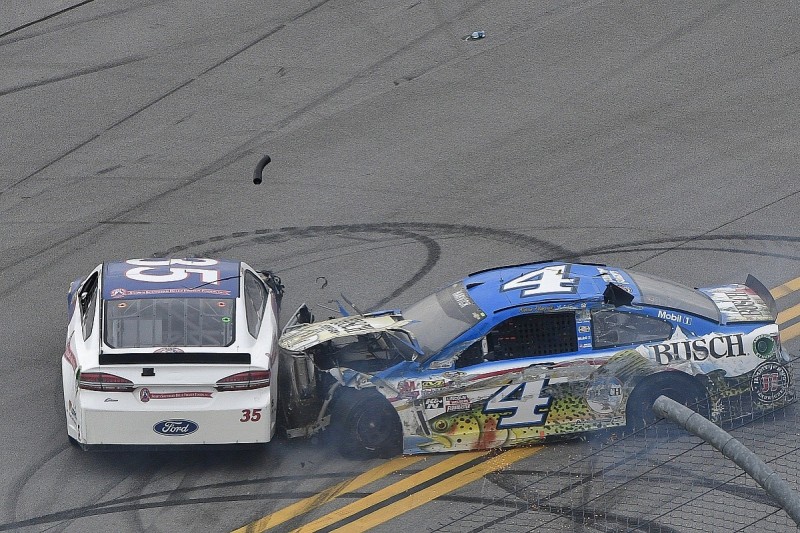 NASCAR will issue teams with a comprehensive list of mandatory components that will be required if a car is to return to the action after an accident.

A car will be allowed to return after visiting the garage area if it required repairs due to a mechanical failure that did not occur in an accident.

Drivers caught speeding in the pits, or failing to adhere to the commitment line at pit entry, will be forced to serve a 15-second penalty.