Tyler Reddick held off a determined Chase Elliott to win at Road America for his first NASCAR Cup Series victory.

Following a final round of pitstops, Reddick passed Elliott for position on the track and inherited the lead for the first and only time on lap 47.

He then spent the last 16 laps masterfully matching Elliott move for move, and pulled away to take victory by 3.304 seconds.

Reddick’s first career win comes in his 92nd start and after many near-misses for victory while at Richard Childress Racing.

Reddick, who joined the team in 2020, becomes the fifth first-time winner this season and the third to do so on a road course, joining Ross Chastain who triumphed at the Circuit of the Americas and Daniel Suarez who won at Sonoma.

“I definitely knew he was fast,” Reddick said of Elliott, who led the most laps in the race [36]. “We could stay with him on the long run which told me if we cycled through that last pit sequence, it’d be close. If I could get around him, I’d have a great shot.

“We didn’t quite get around him [at first] but we were within reach. Thankfully, just waited for the right opportunity and waited to take advantage of it in Turn 6.

“I thought he was going to run me back down. I started to make some mistakes. I started to take care of the brakes, turns out I didn’t need to. We were in good shape there. Wow, what a day.” 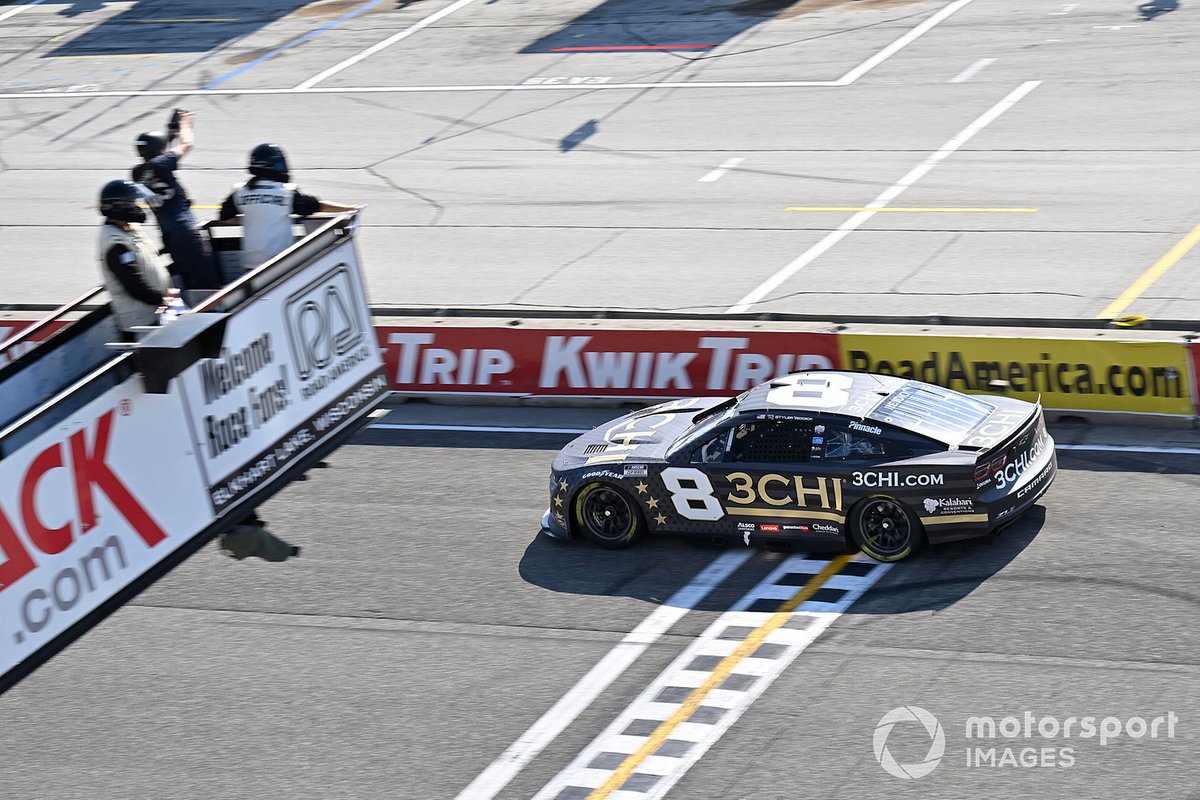 Kyle Larson ended up third, holding off Chastain and Suarez, as Chris Buescher continued his fine form on circuits this season with sixth place.

Ryan Blaney lost the overall lead in the drivers’ standings to Elliott as he finished 11th, while it was a tough race for fellow title contenders Joey Logano in 27th and Kyle Busch in 29th – Busch penalised late on in the final stage for speeding in the pitlane.