The NASCAR Cup series' first road course playoff race on the Charlotte roval has been shortened by 100 kilometres, Autosport has learned

Charlotte's October race had been billed as a 500km (310-mile) race, but NASCAR is expected to confirm a new race length of 400km (248 miles) before Tuesday.

The race has previously been run as a 500-mile event when it used the 1.5-mile oval track, but NASCAR had never signed off an official length of the Charlotte roval.

Changes to the road course have been commonplace, with the most notable alterations expected to make a lap 10-15 seconds quicker after feedback from testing has been implemented.

The track utilises most of the oval and an infield course with a 35-foot elevation change, and includes two chicanes and 17 turns across a 2.28-mile lap.

Assuming the course length does not change again, that would correlate to a 109-lap race.

The change would put the race on par in length with the Cup series' other road course events at Sonoma and Watkins Glen.

During a Goodyear tyre test on the roval, Trevor Bayne predicted the upcoming event would be "a survival race".

"If you're smart, you take care of your car and you don't make mistakes, you'll have a really good shot at the end for a good finish," he said.

"I enjoyed it - it was a challenge for me, something new, and I enjoyed that part of it." 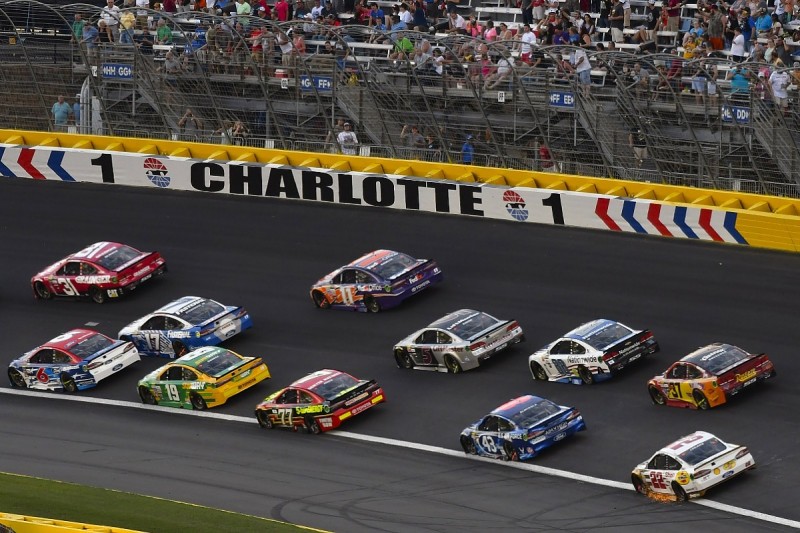