The series has been suspended since the fourth round at Phoenix in early March.

Plans to run races at Homestead and Atlanta behind closed doors were also cancelled due to lockdown restrictions in the United States to quell the spread of COVID-19.

Since a partial easing of lockdown restrictions in the United States, NASCAR Cup Series officials have plotted out a return to action with a four-race schedule split between Darlington and Charlotte.

During the build-up to this weekend's comeback event, NASCAR has announced a revamped starting grid process without the standard qualifying format for the upcoming races.

All races at Darlington and Charlotte Motor Speedway will be held behind closed doors with precautions taken to ensure the safety of all involved.

Three of the next four revised NASCAR Cup Series rounds will be run without practice or qualifying, with only the Coca-Cola 600 on 24 May to host a time trial session, with the changes implemented to restrict track time and potential exposure as part of its coronavirus health measures.

Starting from this Sunday's Darlington Raceway round, the starting grid will be decided partly by a random draw for starting places.

How the grid will be decided

For the second round at Darlington on Wednesday (20 May), the NASCAR starting line-up will be set by using the results from this Sunday's race, but 1-20 will be in reverse order and 21-40 in a separate reversed-grid format.

Any new entrants who missed the first event will take a spot at the back of the grid.

Pit stall selections for the opening race will also be based from each team's position in the owner's standings and the 20 May race is to be decided by the results from the first event.

A similar process will be put in place for the Truck Series and the Xfinity Series.

The Coca-Cola 600 at Charlotte Motor Speedway will complete qualifying on the same day prior to the race, but the following event on 27 May will be ordered based on the results from the 600 using the same 1-20 and 21-40 reversed-grid format applied for the second Darlington race. 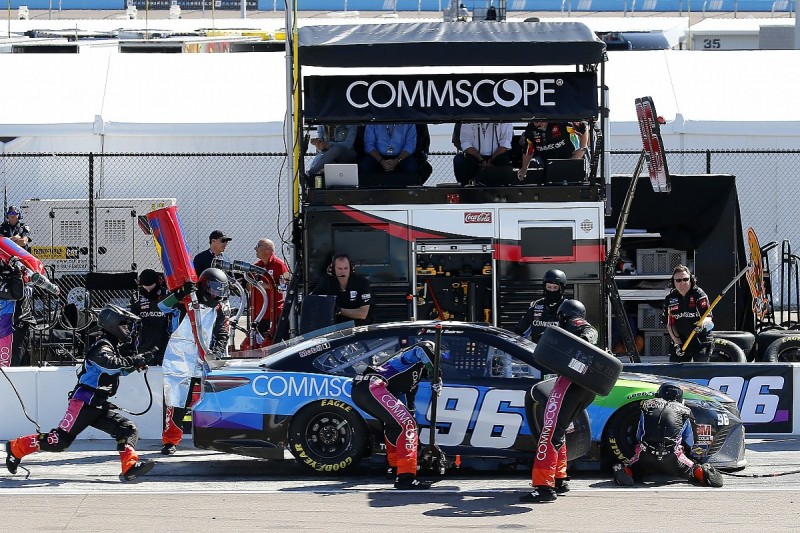 The series will also have a modified competition caution procedure for these events run against the traditional format, with the stoppages including freezing the field to allow for longer pitstops for in-race adjustments that would normally be made during practice.

The new rules include freezing the running order at the time of the caution period and granting the free pass for the first car one lap down.

No wave-around rule will be in effect for the competition caution, while pit road opens to the top 20, then the next 20 on the following lap.

Each car will keep its position at the time of the caution, provided it beats the pace car off pit road.

The pit cycle repeats, with the top 20 then next 20 allowed to pit a second time.

The line-up will be reset according to the frozen running order for the restart.

The new rules for competition cautions will be applied on lap 30 of the NASCAR Cup Series opener at Darlington and lap 15 of the Xfinity Series round on 19 May, with the rest to be decided at a later date.