Goodyear's director of racing Greg Stucker said the way cars transition from the infield section onto the banked first turn of the oval had been highlighted as a problem.

"There is some conversation about changing the infield section a little bit, maybe eliminating the last little loop," Stucker explained.

"It's very tight section. It's a big right-hander and then it's a big left-hander and it comes back on the racetrack."

His proposed changes would potentially reduce the lap time by eight seconds.

The race is currently planned for a 130-lap, 500-kilometre distance, making it the longest road course event on the Cup calendar. 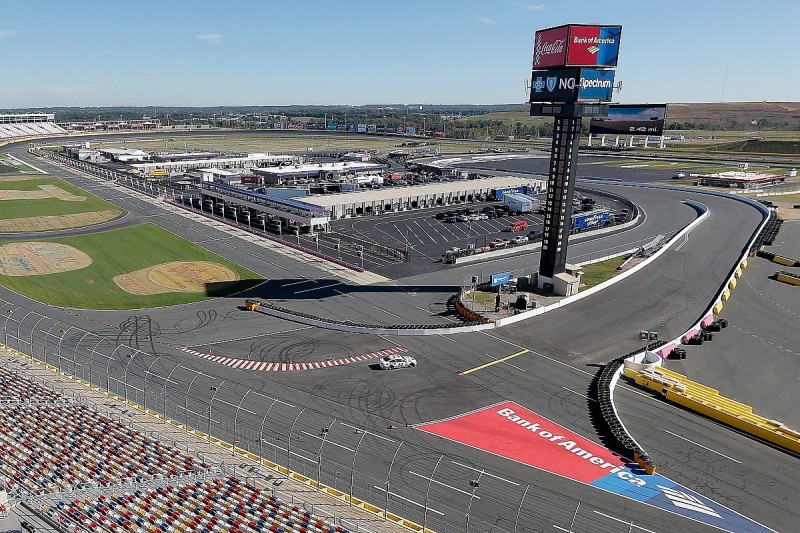 "They just want to make sure they manage the speed back up onto the oval," Stucker added.

"You don't want to carry a lot of speed back up there and possibly damage splitters as you're coming back on the banking."

Busch had indicated immediately after the October test that the track was far from the finished product, and would require further tweaks ahead of its introduction as a playoff race in 2018.

"There's a lot of things moving and shaking and we'll continue to refine it," he said.

"The speeds are much slower on the infield section than we anticipated and the oval is wide open all the way through there.

"There is no room for taking a break, or having a deep breath down a straight."

The Charlotte 'roval' will act as an elimination race for the 'round of 16' next year.

It is the first time a road course has been included in the playoffs since the system's inception.