Matt DiBenedetto has secured a place on the NASCAR Cup Series grid for 2020, signing for Wood Brothers Racing to replace the retiring Paul Menard

DiBenedetto has enjoyed a breakthrough season in the Cup series with the one-car Leavine Family Racing outfit in 2019, lifting the team out of the struggles it had when running former Hendrick Motorsports driver Kasey Kahne last year.

But DiBenedetto was told he would not keep his place at the squad days before he almost won his first Cup race at Bristol due to LFR's partner Joe Gibbs Racing being keen to place its affiliated Xfinity Series contender Christopher Bell at the team for 2020.

Former Go Fas and BK Racing driver DiBenedetto said: "I am so excited about this opportunity to race for one of the most successful teams in NASCAR history beginning in 2020.

"The #21 Ford is one of the most accomplished and iconic cars in our sport and it will be an honour to join Wood Brothers Racing and help carry on the team's tradition of success in NASCAR."

Wood Brothers Racing has run Menard since the 2018 season after Ryan Blaney graduated into his current Penske seat as part of the team's affiliation with the frontrunning NASCAR squad.

While Blaney was able to take victory at Pocono in 2017, Menard has failed to get a top three finish in his time at the team.

Menard is now retiring from full-time racing after 13 years in the Cup Series, during which he won one race - at Indianapolis in 2011.

"I've enjoyed every moment of my career racing in the NASCAR Cup Series, and I'm so thankful for all the great memories and friendships I've made through this sport," said the 39-year-old. 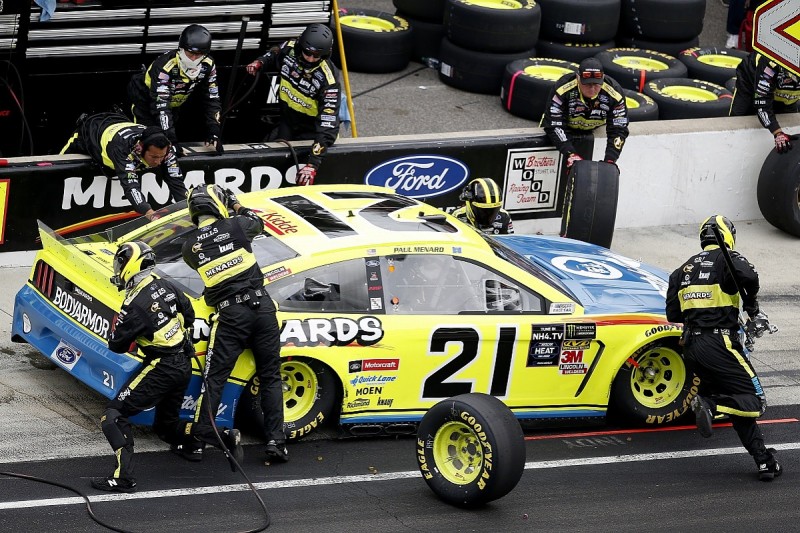 "But I'm looking forward to spending more time at home with my wife Jennifer and our two young children while moving forward with the next chapter of my life.

"I'm excited for what the future holds and I'm looking forward to sharing the plans for 2020 and beyond in the coming weeks."

Wood Brothers is one of the most successful teams in NASCAR history, though before Blaney's 2017 win its shock triumph in the 2011 Daytona 500 with rookie Trevor Bayne was its only win this decade.

Team president and co-owner Eddie Wood added: "All of us at Wood Brothers Racing are excited to welcome Matt DiBenedetto to the team.

"Matt has shown a lot of promise on track, and everyone has seen it in his results this season, especially over the past several months.

"We want to continue to build on that success together as we gear up for 2020 and the future of Wood Brothers Racing."