The persistent rain on Saturday means Joe Gibbs Racing driver Busch will be in the top starting position for the Brickyard 400 race for the third consecutive season.

Additionally, the Xfinity Series race has been rescheduled to 1000 ET Monday and the start of the Brickyard 400 on Sunday has been moved up to 1300 ET.

Busch was awarded the pole when the grid was set by the rulebook, which is primarily based on owner points.

Busch won the pole for the race the past two seasons through traditional qualifying.

With victories in 2015 and 2016, Busch is only the second driver to win back-to-back Brickyard 400s; Jimmie Johnson is the other.

If he were add a third win in the Brickyard on Sunday, he'd become just one of three drivers with three or more wins in the race, joining Jeff Gordon and Johnson.

Kyle Busch is also looking to wrap up the regular season championship on Sunday. He leads Harvick by 39 points entering the race.

Sunday's Brickyard 400 is also the last chance for a driver not already qualified for the playoffs to win their way in with a victory. 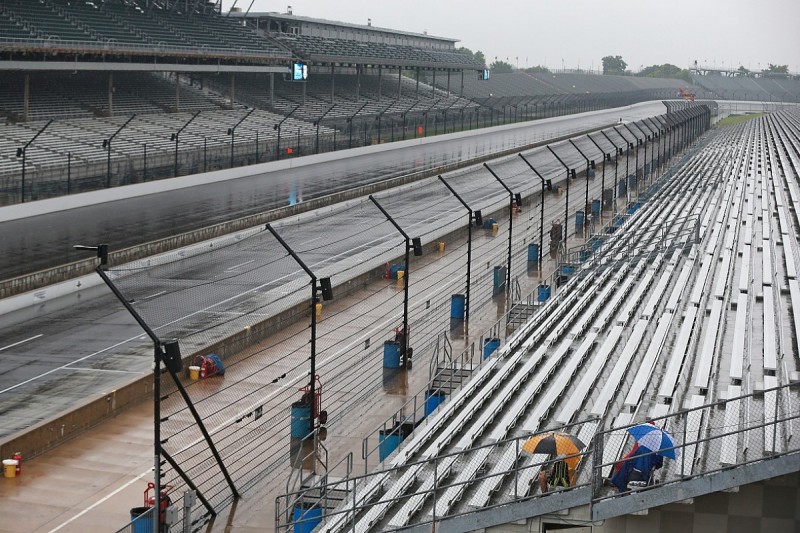