Stewart-Haas driver Suarez approached McDowell, who drives for Front Row Motorsports, following the first round of qualifying - in which both had been eliminated.

A violent altercation then immediately broke out between the pair.

Suarez said afterwards that he felt McDowell had impeded him on the track.

"Just a lack of respect," said Suarez. "You've got to try to get out of the way if someone is making a hot lap. That's racing.

"I'm the kind of driver that I'm going to give a lot of respect to you, always, if you give me respect back.

"If you don't give me respect, I'm going to go kick your ass."

McDowell acknowledged he had delayed Suarez as both prepared to make their final runs in the session, but said it was accidental.

"I held him up on that lap, that was just a miscommunication," McDowell said. "We were all waiting until the end to go out there."

The two drivers are set to start Sunday's race alongside each other on the 14th row, with McDowell and Suarez having ended qualifying in 27th and 28th places. 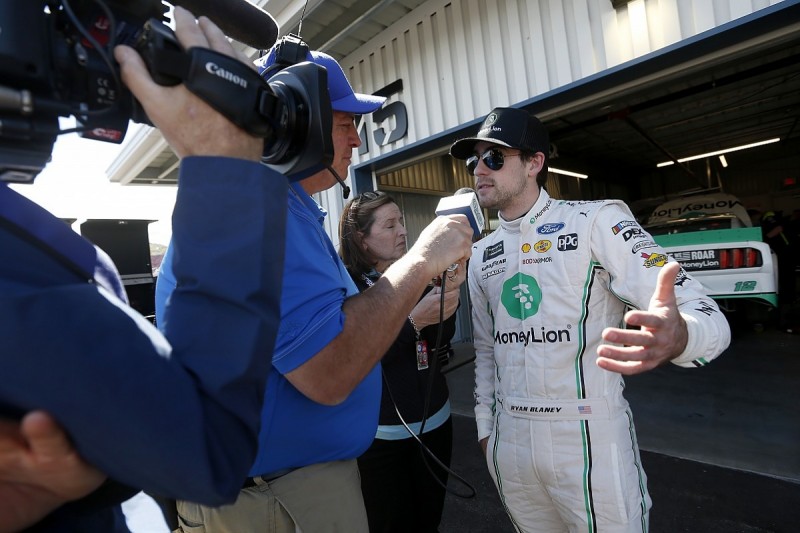 Ryan Blaney went on to take pole position, continuing the strong run of form from his Penske Ford team.

Blaney's team-mates Brad Keselowski and Joey Logano have won the last two races, and Blaney was also quickest in opening practice at Phoenix.