Christopher Bell took his first win of the 2022 NASCAR Cup Series season at New Hampshire on Sunday after passing Chase Elliott for the lead with 41 laps to go.

While Bell's Joe Gibbs Racing Toyota team-mate Martin Truex Jr. dominated much of the race, it was Elliott's Hendrick Motorsports Chevrolet and Bell who emerged as the fastest cars following the final round of pitstops.

Elliott, the 2020 Cup Series champion, nudged 2004 title-winner Kurt Busch's 23XI Racing Toyota out of the way for the lead on lap 247 of 301 but was then surpassed himself by Bell 13 tours later.

From there, Bell couldn’t be touched and topped Elliott by 5.767 seconds for his first victory of the 2022 season and just the second of his career after winning the 2021 Daytona road course event.

The 27-year-old becomes the 14th different winner in the Cup Series this season to secure a spot in the 16-driver playoff.

“That one was much-needed right there,” said Bell, who sits in eighth in points but was in danger of missing the playoff without a victory.

“That was a hell of a race from my viewpoint. That was so much fun racing, we were all running different lines. That was a blast.

“I’m so happy – so happy to be here at Joe Gibbs Racing.

“Winning Cup races is hard. It’s seems like we’ve been so close and we fell off a little bit last week. But here we are today.” 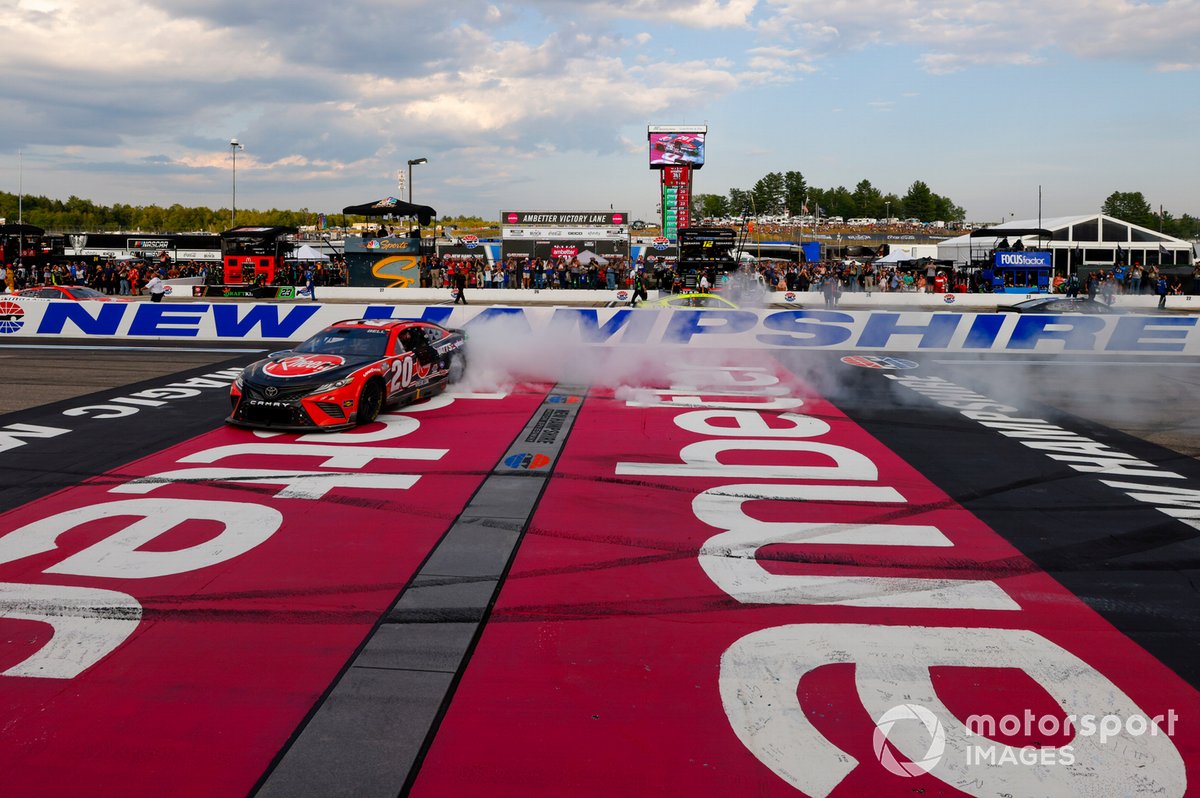 Bubba Wallace finished third in the lead 23XI Toyota ahead of Truex and Kevin Harvick in the leading Ford from Stewart-Haas Racing.

Truex held the lead through cautions caused by a spin for Kyle Busch, but dropped behind Logano as the 2018 champion stayed out following a multi-car incident caused by Corey LaJoie spinning into Harrison Burton in Turn 1, with Michael McDowell also involved. But it only took 20 laps following the lap 101 restart before Truex reclaimed the lead, with Larson moving into third.

Truex remained out front after pitstops prompted when Ryan Blaney spun in Turn 4 and backed into the wall, another following shortly after when Chase Briscoe spun in Turn 4.

Another spin for Kyle Busch on lap 163 resulted in a further caution, during which Austin Dillon and Keselowski inexplicably traded blows several times with both cars taking considerable damage.

With the benefit of fresh tyres for the start of Stage 3, Truex only took five laps to power ahead of Briscoe - who had stayed out - for the lead. 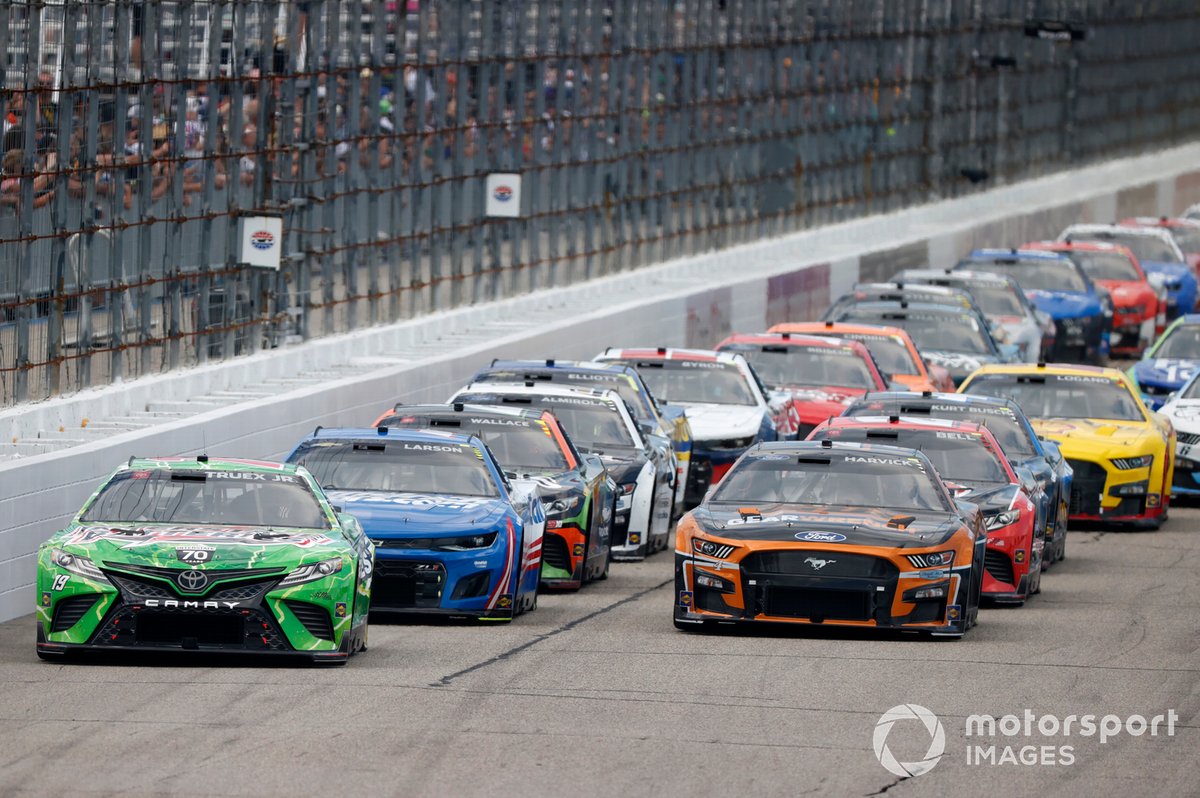 But after the next round of stops, when Todd Gilliland spun and hit the wall in Turn 4 on lap 205, Truex appeared to lose his edge and from fourth at the restart was unable to make the same progress he had earlier.

Kurt Busch had inherited the lead by staying out, so led the way on the lap 210 restart ahead of Logano, Cole Custer and Truex.

Elliott and Bell came alive in this phase of the race, and on lap 243 Elliott made contact with Logano racing for second position - causing the Ford driver to slip back to fourth.

Elliott then got into Kurt Busch in a battle for the lead, which he claimed for the first time in the race on lap 247. But he wasn't able to keep Bell at bay, as the JGR driver moved ahead on lap 260.

Kurt Busch was forced to pit under green for fuel on lap 270, with Logano forced to do likewise with four laps remaining, dropping him to 24th.

Why the time is right for NASCAR's first street course