Busch has risen to the lead of the standings after back-to-back victories in the two most recent races at Texas and Bristol.

Prior to his winning breakthrough, Busch had said he was "on an island" constantly finishing second as he lacked the speed of the race winners and was clear of third.

That came during a spell in which SHR's Harvick won three races as the ageing Ford Fusion enjoyed a renaissance.

Harvick is now third in the standings, 75 points behind Busch, but the Joe Gibbs Racing driver believes Harvick still has the edge.

"I've got to give them the notch a little bit. I think they're a little bit better than we are.

"I think [Kyle] Larson's right there as well too. He may actually be in the mix as well.

"It's just going to be a fight to the end. We saw the main players kind of rise to the top last year through the end of the regular season and through the playoffs and I think those same guys are kind of the top guys right now with a few more mixed in.

"A couple of the Hendrick cars will start showing their speed here probably in the next three months or so I would predict, and we'll see what happens with how it all goes down between now and then." 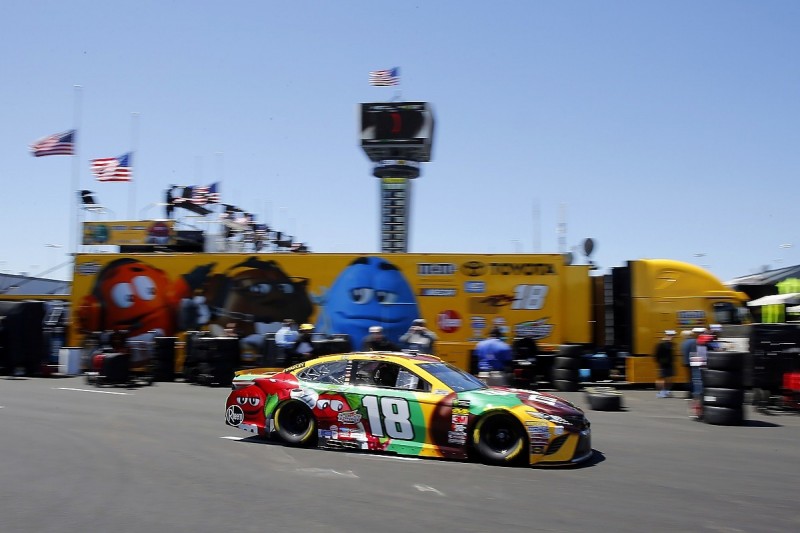 Busch will start only 32nd on the grid for Saturday night's Cup round at Richmond, having been knocked out in the first part of qualifying.

"We didn't make a mock [qualifying] run in practice," said Busch. "We only ran two laps [in first qualifying] to preserve our tyres for the later rounds.

"A lot of guys ran three laps and obviously we could have used that third lap. We'll just have to come from way far back."