Reigning NASCAR Cup champion Jimmie Johnson has been left bemused by his "weird" form in the final part of 2017, which leaves him on the brink of playoff elimination

Seven-time Cup champion Johnson took three victories this year on the way to the final eight of the playoffs.

But the Hendrick Chevrolet driver has struggled for race-winning form since his last victory at Dover in June, with third at the same track last month his only top-six finish in the last five months.

Currently occupying the bottom of the playoff standings, Johnson has to win at Phoenix - where he last triumphed in 2009 - this weekend in order to reach the final four.

Martin Truex Jr, Kyle Busch and Kevin Harvick have all booked their places in the final four shootout at Homestead, leaving one spot up for grabs.

"This last half of the year has been really weird," said Johnson.

"In places where we expect to run well and traditionally do, we haven't.

"But I know we're building a better race car and taking a few new ideas to Phoenix and we'll go there and fight as hard as we can.

"One thing this team will never do is give up." 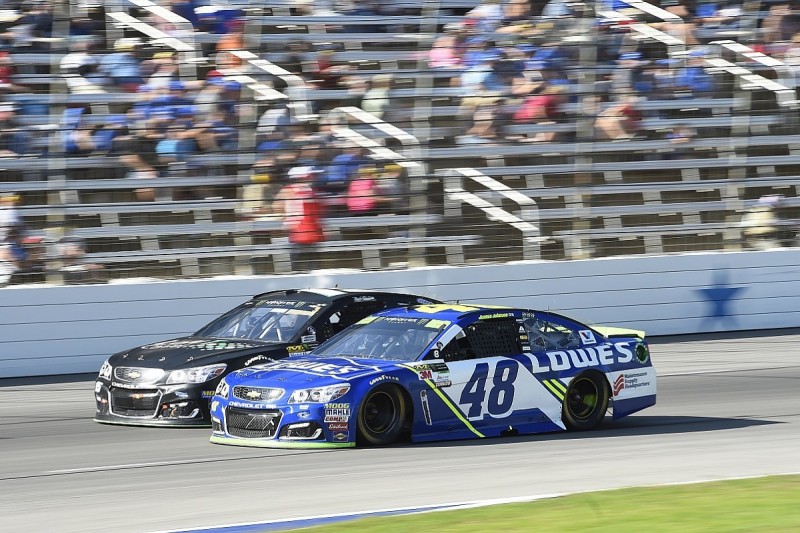 Since the title shootout format was introduced in 2004, Johnson has taken at least one victory in the Chase/playoffs in every season until now.

"These guys are working so hard," he added.

"To work this hard and not see any speed go back in the car and have bad results as the last three weeks have been is pretty disappointing."

Chevrolet could miss having a car in the playoffs altogether, as Johnson's Hendrick team-mate Chase Elliott also needs a win to secure his place in the title fight.

Having shown strong pace in the playoffs and challenged for wins, Elliott's chance of making the final round at the Homestead-Miami Speedway was dented when he was punted into a spin by playoff rival Denny Hamlin at Martinsville last month.

Should Johnson and Elliott miss out, it would be the first time that a Chevrolet has not reached the final four since the last-round shootout format was introduced.