Kyle Larson stormed from the back of the grid to win NASCAR's non-championship All-Star race and earn and $1million, fending off late pressure from Kevin Harvick at Charlotte

The surprise result came amid a tough season for Ganassi driver Larson, who has not won a Cup championship round since September 2017.

That meant he had to qualify for the All-Star by winning the preliminary Open race earlier in the day, as only race victors from the previous season, past All-Star winners and past champions go straight into the main race.

Larson rose from 18th on the grid to take seventh in an uneventful 30 lap opening stage of the All-Star.

He followed that up with fifth in the slightly shorter second stage (20 laps) but fell to 12th in the similar length third stage.

The crucial moment came early in the final stage of what turned out to be an 88-lap event, when Harvick's Stewart-Haas Ford bumped Larson's Chevrolet into the lead of the race moments before a caution for Erik Jones hitting the wall.

Busch's Toyota fell out of contention after a brush with the wall, leaving Larson and Harvick to fight for the win.

Harvick, the stage two winner, fell 0.3 seconds short of claiming a second successive All-Star win, as Larson became the first driver to win both the Open and All-Star races on the same day.

Busch, who won stage one, was able to hold onto third place, ahead of charging stage three winner Joey Logano.

Logano radioed his Team Penske crew to suggest a gamble on a late pitstop for four fresh tyres under the Jones caution, falling to 17th from fifth for the restart as a result.

Reigning Cup champion Logano then carved through the field to take fourth, with Bubba Wallace, another qualifier through the Open race, taking fifth place.

Aric Almirola had a quiet race on his way to sixth for SHR, while 2018 Daytona 500 winner Austin Dillon was seventh in his Richard Childress Racing entry.

Alex Bowman, who only had a spot in the All-Star due to winning the fan vote after the Open race headed home fellow qualifier and Hendrick Motorsports team-mate William Byron for eighth.

Martin Truex Jr looked strong in the early part of the race, at one point passing Harvick for second in the opening stage, but later sustained damage in the pack. He recovered to 10th, just ahead of Brad Keselowski.

He was never a major player on the way to 12th and then had a post-race altercation with Ryan Newman. 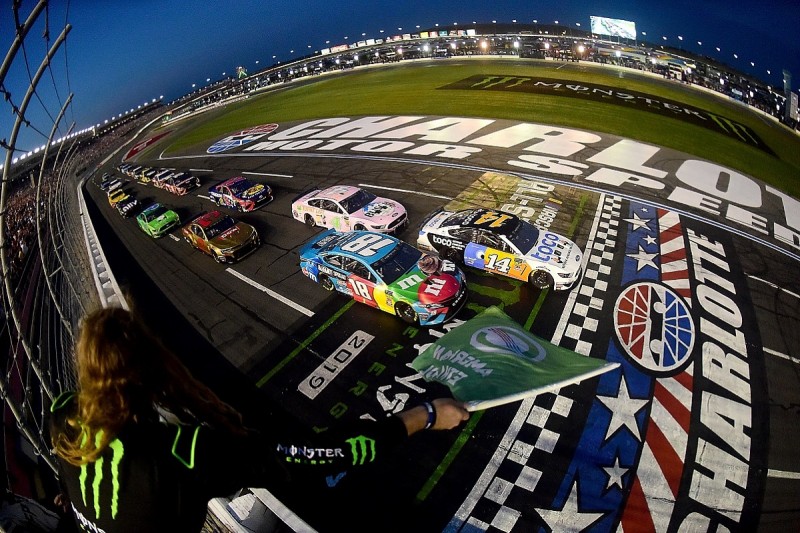