The NASCAR Cup series says it was pleased with the performance of the Charlotte All-Star race aero package, and that it will likely inform its 2019 rules package

NASCAR ran a revised aero package in the All-Star race based on a concept that ran in the Xfinity series at Indianapolis last year, producing an exciting race.

Kyle Busch said he was not a fan of the style of racing the package produced before Kevin Harvick won the All-Star race, which featured 38 green flag passes for the lead - compared to none in 2017.

NASCAR recognised it was early days for the concept, but said it was content with how the aero package performed at Charlotte.

"You don't want to assume that what you put on track is going to be a home run.

"We certainly hoped it would be, but there's some things that you look at that you could tweak if you went this route.

"But I think it's fair to say that this is something we absolutely want to look at."

When asked if the package will be used again in 2019, O'Donnell said: "I would never say never.

"But our intent was to try this here, then really take a deep dive into how do we make this the best package possible for 2019, if we like what we saw.

"We have to digest a lot of information and see where we go from there." 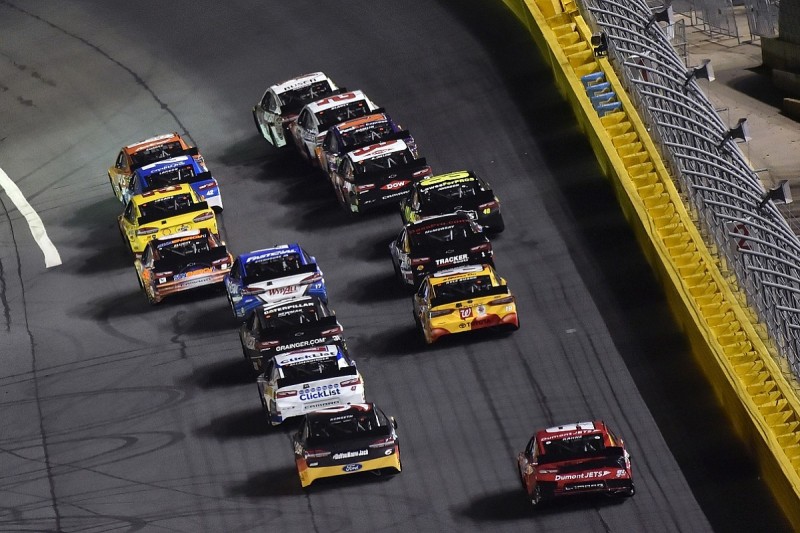 "One of my things in life is, 'Don't delay a good thing'. If you're going to do it, go ahead and do it now," Smith told Autosport.

"I think there are a lot of people talking about the fantastic racing we saw at Charlotte and how that should factor into the regular season.

"I think [this] is a 'mission accomplished' night and my goal is to make a positive impact in the sport with fantastic highlight reel-worthy racing.

Martin Truex Jr said the new package required drivers to gamble on set-up, while Hendrick Motorsports driver Chase Elliott expects it will be a hit with fans.

"If you are sitting at home and watching it was probably fun because we are all close," said Elliott.

"If we see this package more, I'm sure you will see some more torn up cars too.

"I would probably rank it closer to speedway racing. Your car still had to drive good and if you were back in the pack you could use the draft to make yourself look better."