The series spent the off-season in talks with Monster over the renewal of the deal, with the title sponsor understood to have asked for multiple extensions on agreed deadlines to continue.

NASCAR's extension with Monster will now conclude at the end of 2019, and the energy drink company is "highly unlikely" to negotiate a new deal to be the title sponsor beyond that date.

The recent departure of Jimmie Johnson's long-time sponsor Lowes also signalled the changing sponsor landscape within NASCAR, with companies such as Target and Go Daddy exiting in recent years.

Steve Phelps, NASCAR's chief operating officer, says the one-year deal with Monster is a sign of how the series intends to work with sponsors in the future.

"This is something we've been exploring for a while," he said.

"It's more to do with this notion that we want to make it easier for sponsors to say yes.

"The entitlement position, the things that we're talking about, we're already requiring of our entitlement partners right now.

"But we're talking about broadening it, so it's not just one company at the top of the pyramid, but it's multiple categories, multiple companies, that will allow us to make it easier.

"We think there's greater value, frankly, for the sponsors by doing this, but it will take [it to] the next level of collaboration within the industry." 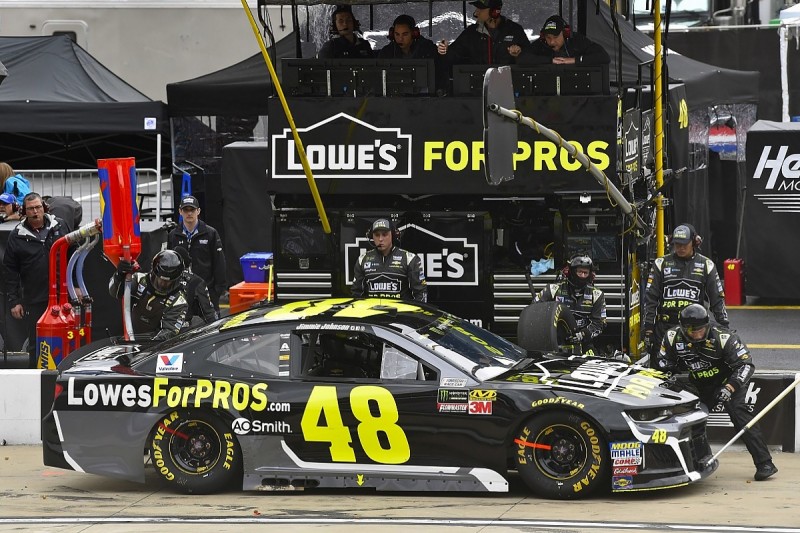 NASCAR expects Monster to remain as a partner in some capacity and is keen to continue the company's approach to enticing young fans to watch the series.

"That's a journey that we're going to continue on," Phelps said.

"We have to continue on to make sure our content is as strong as it can be, [which] we're pushing through the digital and social channels.

"We have to continue the gains that we've made with our Hispanic fans, which has been significant over the last three years.

"That journey doesn't end. And by the way, we have to make sure that we're nurturing the existing fan base that we've had for many, many years. They're incredibly important."