The race, which was due to begin at 2pm local time on Sunday, has been pushed back to 5pm on Monday.

NASCAR attempted to begin it an hour after the scheduled start having carried intensive track drying efforts when the rain eased.

But drivers began reporting more rainfall during the formation laps and the start was called off. 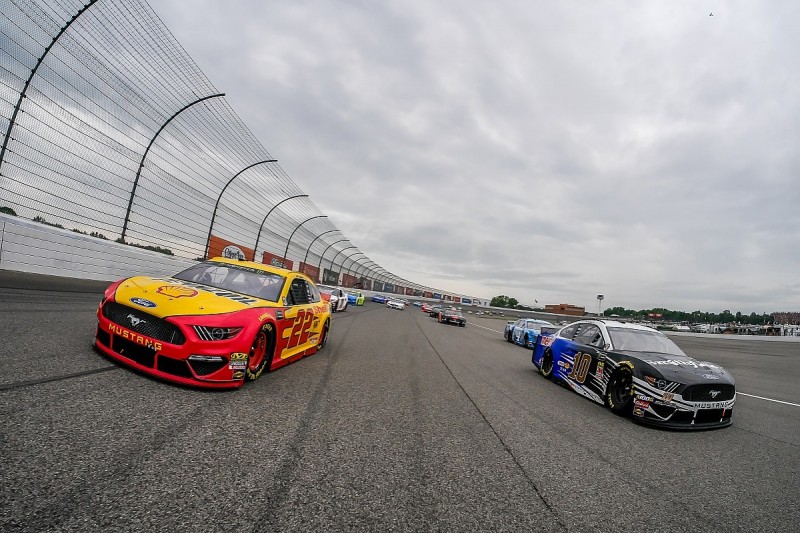 With the weather worsening, the decision to try again on Monday was made just under three hours after the race had been due to start.

It is the second time this season that a Cup race has been postponed due to the weather, following the race at Dover that was eventually won by Martin Truex Jr.

The Michigan race will feature a competition caution mid-way through stage one, owing to the track surface being 'green' following the rain.

Reigning Cup champion Joey Logano will start on pole position for Team Penske, alongside Stewart-Haas driver Aric Almirola as Ford locked out eight of the top 10 starting positions on the two-mile circuit.