Jamie McMurray will make a return to NASCAR Cup competition, and will race in February's Daytona 500 for the Spire Motorsports team

McMurray, who stopped competing on a full-time basis in the NASCAR Cup following the 2018 season, will drive the #77 Chevrolet run by Spire Motorsports in partnership with Chip Ganassi Racing.

The effort will be sponsored by AdventHealth, one of the largest faith-based healthcare systems in the United States.

McMurray, 44, currently works as a NASCAR analyst for Fox Sports, with his most recent Cup series start in 2019's Daytona 500 - also for the Spire team in the #40 car.

The Missouri-born driver won the 2010 event driving for Ganassi, and will have an opportunity to win a second Daytona 500 thanks to his return.

"It doesn't get any better than the Daytona 500, and I am so excited to have the opportunity, thanks to AdventHealth, to run this race one more time," he said.

"I have enjoyed my time out of the car as an analyst covering NASCAR, but nothing can replace the feeling of actually racing.

"And it's great to be partnering with a company like AdventHealth for this race.

"We share a lot of the same goals about health and fitness, and I'm looking forward to using this opportunity to talk to race fans about the importance of staying healthy and feeling whole."

In addition, McMurray will be wearing a heart-rate monitor that will be shown during the race, giving fans a glimpse into how the body reacts to the stresses of racing. 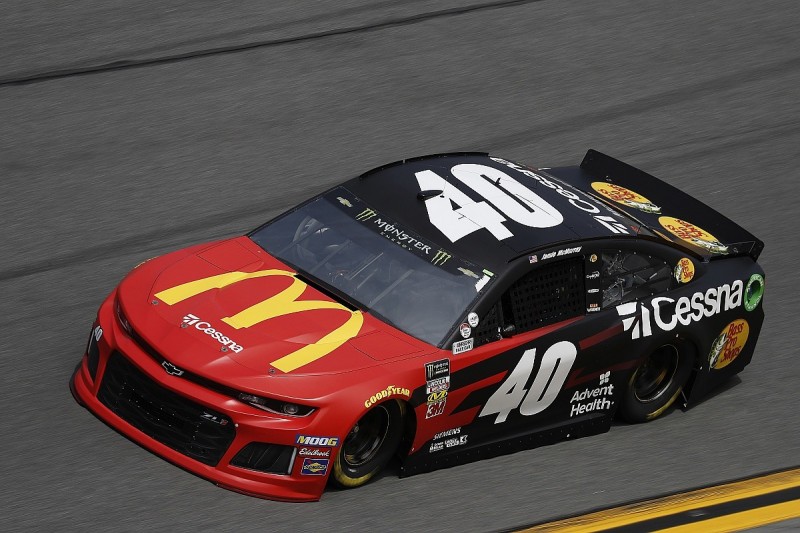 He has also been working with driver performance manager Josh Wise to prepare for the race, using resources from CGR's Human Innovation and Development Lab.

One-time Cup entrant Kaz Grala will also add to his appearances in the top flight of NASCAR competition, having signed a deal to run in a select number of races for the new Kaulig Racing team.

Grala raced in 2020's Daytona 'roval' race as a substitute for the absent Austin Dillon at Richard Childress Racing, who had contracted COVID-19, and finished seventh.

With Kaulig, Grala will also race in the Daytona 500, although the rest of his schedule has yet to be determined by the team.

In addition, Ty Dillon has been confirmed at Gaunt Brothers Racing for the Daytona 500, driving the team's #96 Toyota.

Dillon may also run the season's second race on the Daytona Road Course for Gaunt, but that deal remains to be determined.

"Gaunt Brothers Racing has given me a great opportunity to compete in the Daytona 500 and I couldn't be happier," Dillon said.

"I love superspeedway races and the Daytona 500 is the biggest of them all.

Dillon was left without a fulltime ride in the series when the Germain Racing team with which he had competed the past four seasons shut down at the conclusion of 2020.