Joey Logano’s crew chief at Team Penske, Paul Wolfe, has revealed that September’s NASCAR test at Homestead and his subsequent victory in Las Vegas were key "turning points" for his title charge.

Speaking after Logano scored his second Cup championship in five years, Wolfe – who himself had previously won the title with Brad Keselowski in 2012 – said their confidence multiplied in recent weeks, giving valuable momentum to be the fastest when it mattered in the series finale.

Just as in 2018, when he won his first title, Logano won in the round of eight at his first attempt and went on to win the finale, which was at Homestead then, rather than Phoenix.

“When these playoffs started this season, Joey was on his A-game, and he was focused and determined that we were going to win this championship,” said Wolfe. “And that's the way he would talk as he would come into the shop and when he was around the guys and the time we would spend together.

“There was no doubt in his mind that we were the favourite and we were going to get it done.”

Wolfe went on to explain that the two-day test held at Homestead in late September – which offered rare running outside of a race weekend for the Next-Gen cars that were new to the series this year – was a pivotal moment.

Logano topped the speed charts there, having run a test-high 324 laps across the two days. He then won the Vegas round – another 1.5-mile track – just over three weeks later, which qualified him for the final four drivers eligible for the title.

“Throughout the playoffs I feel like we had the speed,” said Wolfe. “I feel like the Homestead test was a good turning point for us as we needed to find a little bit. I felt like to the Chevrolets, for sure, and the Toyotas.

“So when you have those opportunities, you really have to make sure you're prepared to get the most out of them. And that's where I feel like having a great group of guys on this team and within Team Penske, we're able to make the most of that. It's obviously made the difference for us.” 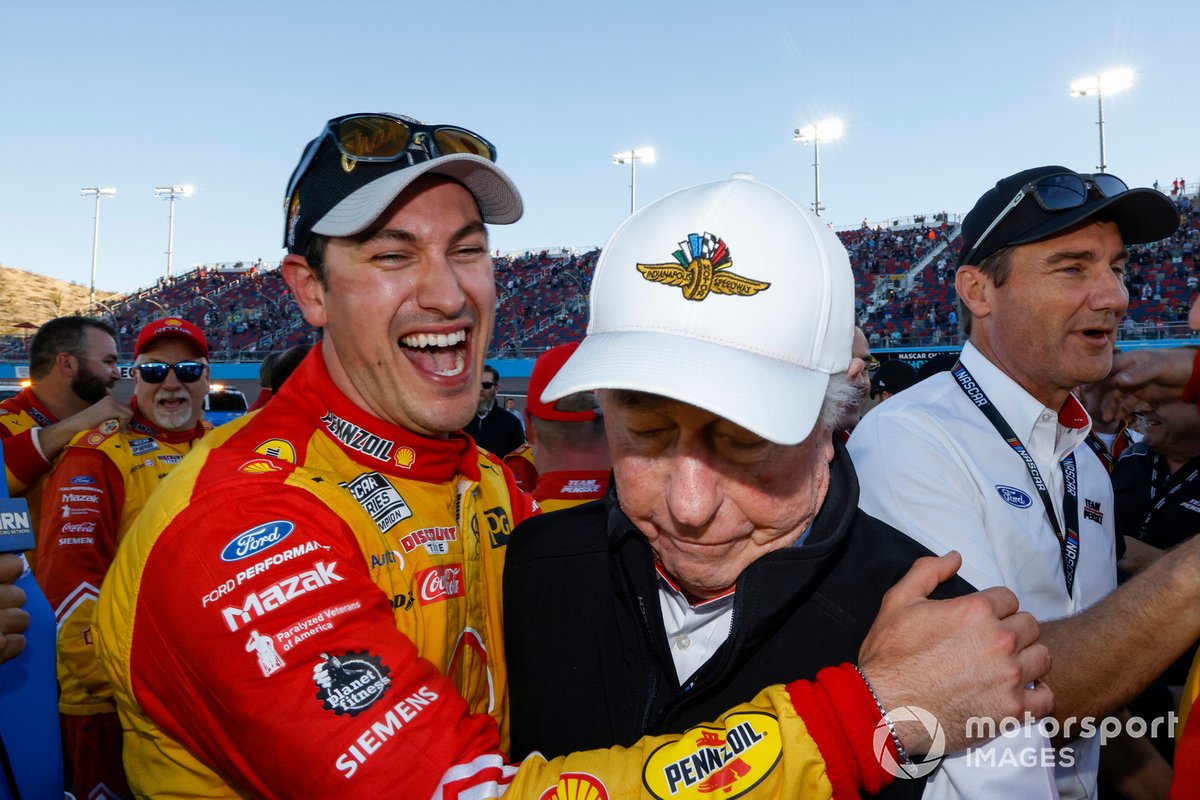 Wolfe added there were “very limited opportunities to test and practice, with a 20-minute practice session and very limited changes [at each race weekend], so it makes it really hard to try to advance and get better.

“I think he was pretty motivated after that test there, and we went on to run really strong and then win Vegas, and that kind of gave him that last bit of confidence, I guess, to know that we were going to be able to come here to Phoenix and get the job done.”

Wolfe suggested that automatic qualification to the championship four at the first attempt allowed his team to focus on the Phoenix finale straight away.

“It started right after the win in Vegas,” he said of Phoenix preparations. “We all know that's kind of how it works with this system. Not that we wanted to throw away those races [at Homestead and Martinsville], but I started focusing on Phoenix right after that win that next Monday, and making sure we didn't miss anything.

“How much of an advantage is that? I don't know. I don't know that you can quantify it. But I'd like to feel like I was prepared as I could be coming into this weekend.

“And with a lot of great support from our team-mates and stuff coming here this weekend, we were able to unload very fast and then go through a lot of things we wanted to try to find a little bit more.”

The unique achievement Penske ticked off with Logano's NASCAR title