The Furniture Row driver led 104 of the 267 laps in a race that featured 15 cautions and a red flag for a violent accident involving Joey Logano, Danica Patrick and Aric Almirola that resulted in Almirola being taken to hospital.

The last yellow, caused by Kurt Busch bouncing Denny Hamlin into Jimmie Johnson with five scheduled laps left, forced the race into additional time, but Truex was able to edge away from Brad Keselowski and secure his second win of 2017.

Keselowski's second place for Penske came despite him dropping two laps down after a penalty for a pitlane infringement. 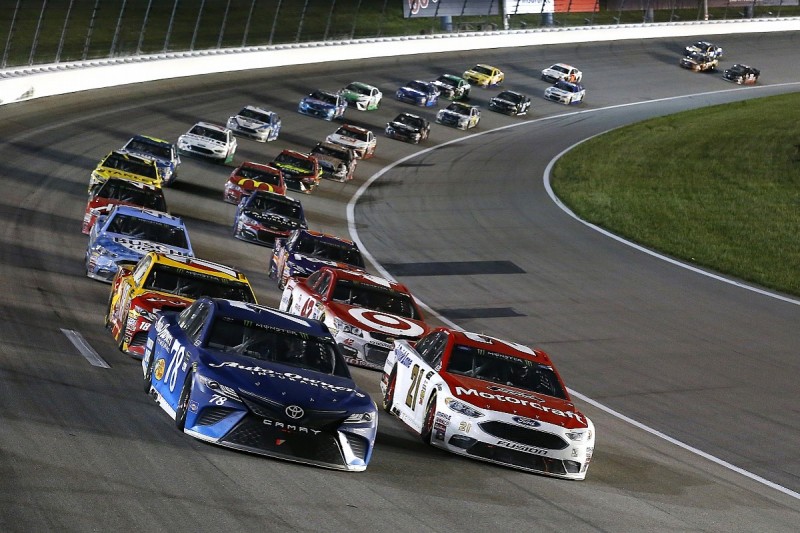 Polesitter and stage two winner Ryan Blaney had been Truex's main rival for much of the night, but ended up back in fourth behind Kevin Harvick.

Despite the high number of yellows, most incidents were relatively minor - with the Almirola crash a dramatic exception.

It began when a broken front brake motor pitched Logano's car into Patrick, with Almirola then ploughing into the crashed Fords in a ball of flame.

The race was stopped for just under half an hour while Almirola was cut free from his car, and he was airlifted to hospital complaining of lower back pain.