Johnson and Knaus's relationship dates back to Johnson's first full season at Hendrick in 2002.

Though they have won 83 Cup races and seven titles together, Johnson is currently in a career-worst run of 53 races without a victory.

"We both are fierce competitors and want to win," said Johnson.

"Although we did win three races last year, it was difficult. This year has been tough.

"Whatever it might be, that opportunity is now here for us. We feel like change is the next step and potentially the next step for our next level of greatness as individuals. It just feels like it's time.

"We have had a hell of a run. And a new spark probably wouldn't hurt us.

"We live in a performance-based world and ultimately that is what we will be judged by. But I have never let that fear steer me.

"There have been other things internally that steer me and I see a great opportunity here." 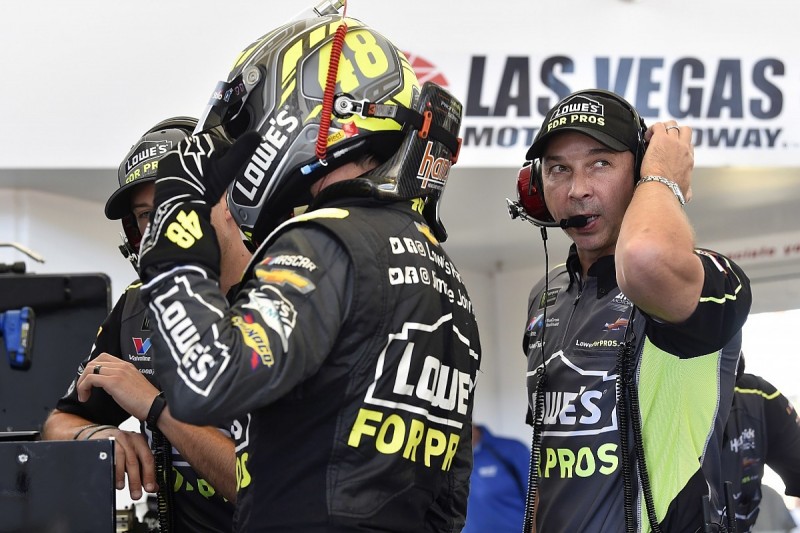 Knaus said reaching the decision to reshuffle the engineering line-up, a call finally made by team owner Rick Hendrick, had been tough.

"You have to argue internally a little bit to make sure that you're buying into it but I think we all understood with what we've gone through over the years and the performance of the #48 right now, it's time to go ahead and do something different," he admitted.

Johnson added it had come down to "hard conversations" involving himself, Knaus and Hendrick.

"It comes from manning up in a lot of ways," he added. "That is the process we had to go through.

"As you can imagine, it hasn't been easy and it's certainly not fun but through tough conversations we experienced some optimism and we could see a plan laid out that started to make sense."

Knaus will move over to William Byron's #24 car, where Darian Grubb is moving up from crew chief to a team technical director role.

"William is a lot like me in that he likes to be coached," said Johnson.

"With Chad's wisdom and years and experience, his intensity and desire to win, it could do a lot of good for him. I'm really excited for him."

"Speaking with drivers that have worked with him about how much fun he likes to have, how easy going he is, there are a lot of traits and qualities there that I'm very excited about."