NASCAR legend Jimmie Johnson says he is eyeing a chance to drive the series' Garage 56 entry this season in the Le Mans 24 Hours.

Garage 56 is the entry that the Automobile Club de l'Ouest - organisers of Le Mans - sets aside for the “technology of tomorrow and beyond” of innovative machinery.

The entry for 2023 is a modified version of the Next Gen Chevrolet Camaro ZL1 car raced in NASCAR and is a collaboration between the series, Hendrick Motorsports, Chevrolet, IMSA, and Goodyear.

“It is without a doubt on my radar,” Johnson told Autosport.

“I’ve been able to help develop the car, drive it and I’ve had an amazing experience doing so. I’m still eagerly awaiting my formal invite/contract.

“Nothing’s decided yet but I sure hope I get the nod.”

The project was first announced last March as an homage to NASCAR founder Bill France Sr, who first took stock cars to the French classic almost half a century ago.

“I think it’s a brilliant idea and kudos to [NASCAR CEO] Jim France for having this vision and the effort he’s put in to bringing this to life over the last few years,” Johnson said. 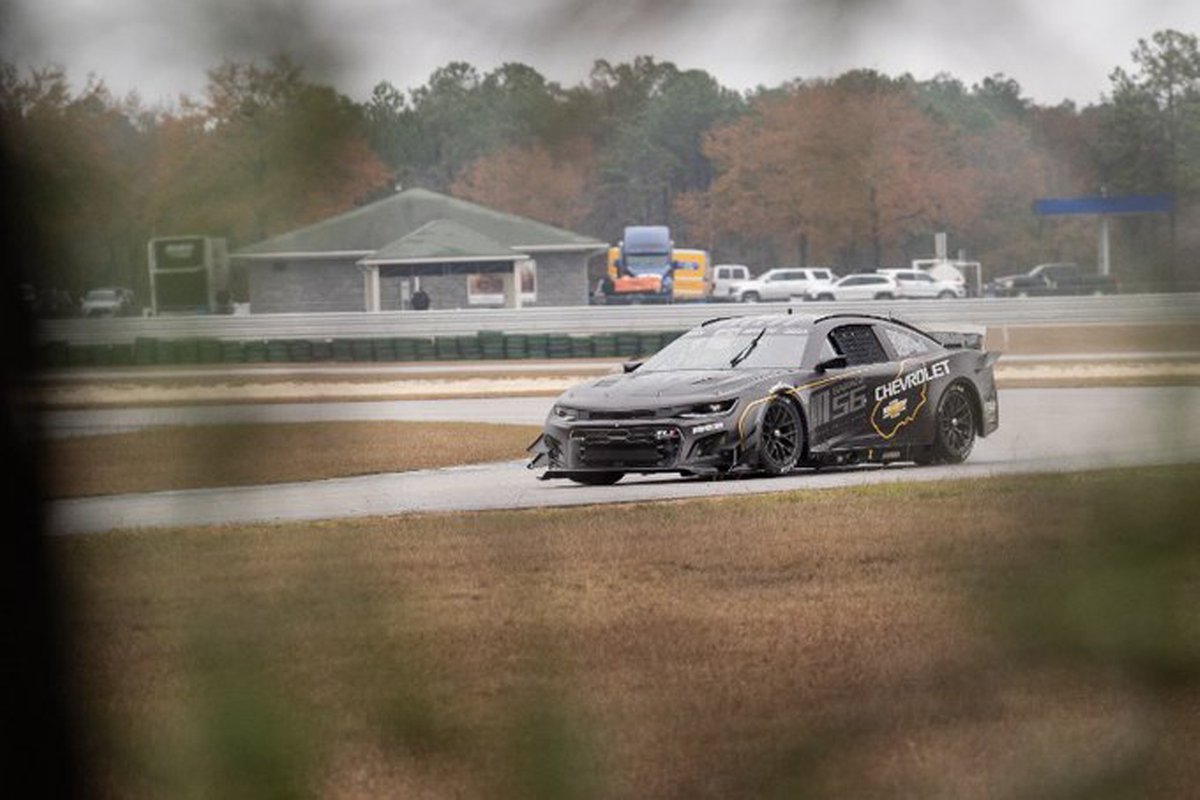 “With the, I guess you can call it, the unification of the rulebook, and the opportunity for WEC and IMSA to combine and cars come across the sea and compete against one another.

"Jim was instrumental in putting that together but has also had a watchful eye on how we could help NASCAR through this process, taking a car to Le Mans.”

This season, for the first time, IMSA will allow the FIA World Endurance Championship’s LMH prototypes to compete against its brand-new LMDh models in the WeatherTech SportsCar Championship.

Johnson believes the NASCAR entry will get a warm reception when it debuts in the 10-11 June endurance classic.

“Europeans love V8 horsepower. I think the car is going to sound amazing, perform very well and truly be a memorable component to the centennial year for Le Mans and NASCAR’s 75th anniversary as well,” Johnson said.

“There’s been a lot of thought put into this opportunity and kudos to Jim and everybody at NASCAR.”