The Penske Ford driver had proclaimed himself the championship favourite after making the final four following a last-lap clash at Martinsville with Martin Truex Jr.

Logano then led more laps than anyone else en route to victory and the title at Homestead, beating Truex in a 15-lap shootout following a late caution.

His win was a surprise considering that the 'Big Three' of Truex, Busch and Kevin Harvick dominated the regular season before Logano found a playoff form edge.

"They gave me the car I needed at the end to do my job, put me in position to do my job. I couldn't be more proud of them.

"I told you we weren't [underdogs] and showed you why we are not.

"We were the favourite before the race started."

Logano scored more points than any other driver in the playoffs and secured Ford its first manufacturers' championship since 2004 in its final year using the Ford Fusion ahead of '19's switch to the Mustang.

"I am so proud of everybody for rising to the occasion. We executed down the stretch like nobody's business," he said.

"I can't wait to break that Mustang out." 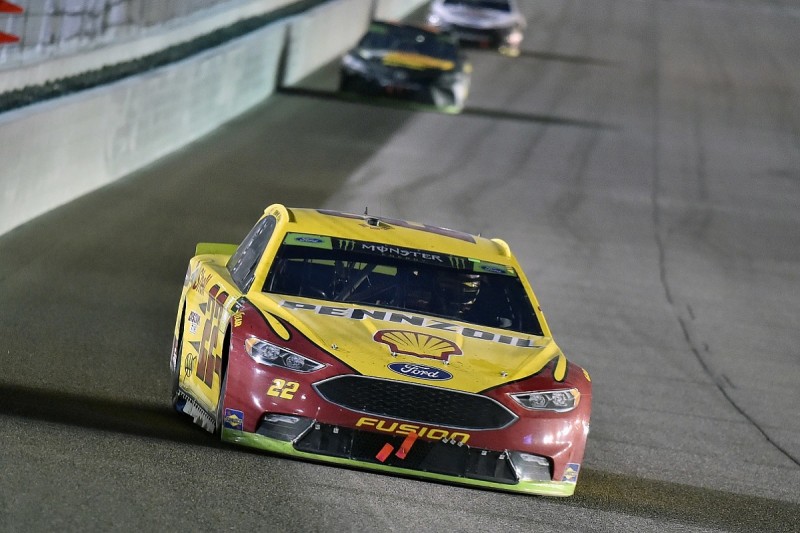 Logano bounced back from a poor 2017, in which he won once but failed to make the playoffs because that victory was declared 'encumbered' due to a rules violation, to take this year's title.

Last season he had only been 17th in the championship, his worst finish since 2012.

"If you go back to last year here, we had a solid day," said Gordon.

"[We] ran in the top five most all day, and I think it was the first step of what we needed to focus on to make 2018 be a successful year.

"We came off with speed to start the year, and that win at Talladega put us in an opportunity where we were pretty much guaranteed through with the way the wins had stacked up for a couple [the 'big three'] drivers.

"You knew that a win was going to get you there.

"We took the summer to really look at different avenues of how we make our cars handle, and given the struggles that we had in '17, we needed to find a different path.

"You wander on the wrong path there, but race-by-race we worked on what we could.

"When it came to be playoff time, we kind of focused back on what we learned and what we needed to be successful through the playoffs'."