Johnson and Knaus are the longest-running driver/crew chief pairing in the series, having been together since Johnson joined Hendrick Motorsports full-time in 2002.

Knaus will move to Hendrick's #24 car to become crew chief to William Byron next year, taking the place of Darian Grubb as he is promoted to a technical director role.

Replacing Knaus on Johnson's #48 will be Kevin Meendering, who currently serves as Elliott Sadler's crew chief in the JR Motorsports Xfinity team.

"It's no secret that Chad and Jimmie have experienced their ups and downs over the years," said team owner Rick Hendrick.

"They're fierce competitors, great friends and have immense respect for one another. They also fight like brothers.

"All three of us agree it's finally time for new challenges and that a change will benefit them and the organisation.

"Chad and Jimmie will go down as one of the greatest combinations in sports history.

"They defied the odds by performing at a championship level for longer than anyone could've possibly imagined. 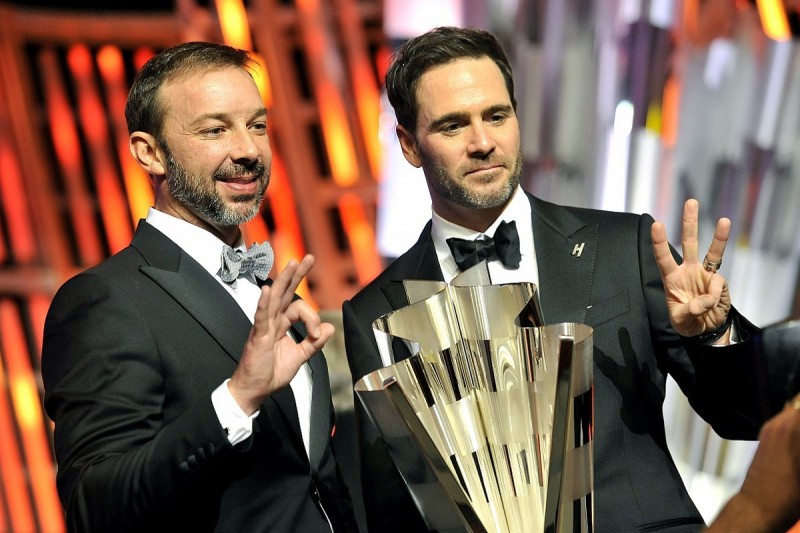 "What they've accomplished together has been absolutely remarkable and will be celebrated for generations. This has been an incredible, storybook run."

Johnson and Knaus have won 83 Cup races together as well as their seven titles.

But Johnson is currently amid a career-worst 53-race win-less streak and though he made it into the 2018 playoffs he was eliminated at the first hurdle.

Hendrick described Knaus's replacement Meendering as "the right fit for Jimmie at the right time".

He added: "With an established #48 team behind them, I believe they will perform at a winning level next season and chase that eighth championship."

Reigning Xfinity champion Byron is only 22nd in the standings in his first Cup season, with a best finish of sixth.

Hendrick said he had asked Knaus to "build another winner and given him the green light to put his stamp on the team and do it his way" with Byron.

The team boss added that the reshuffle was about providing Hendrick, which has won only two races - both with Chase Elliot - this year, with the best opportunity to get back to the front.

"As an organisation, we are here to win races and compete for championships," he said.

"Everything we do comes down to putting our people in the best possible positions to further that objective. Winning is what it's all about."