Villeneuve has spent Tuesday and Wednesday at Daytona International Speedway driving the #27 Ford in the Next Gen test for Team Hezeberg, a new Cup team this season formed between racing legend Toine Hezemans and Dutch entrepreneur Ernst Berg.

Loris Hezemans, the 2019 NASCAR Euro champion, plans to compete in all the road course events on the Cup schedule in 2022, but is not yet approved for big oval tracks.

Asked to have the chance to compete in the Daytona 500, Villeneuve said: “It would be amazing. The last time I was in NASCAR I think was quite a few years, a lot of years ago. It would be really special.

“It’s a very special race to take part in and it’s hard to get in the show when you have to qualify on time or run the duel [qualifying race]. It makes it more stressful. Just making the show would be something special.”

Team Hezeberg does not own a charter in the Cup series so Villeneuve would have to make the 2022 Daytona 500 field by qualifying speed or racing his way through the qualifying races.

Villeneuve has four Cup series starts in NASCAR but failed to qualify for the Daytona 500 in 2008 with Bill Davis Racing in his only previous attempt, when he was involved in a crash in his qualifying race. He’s run races at Talladega, Phoenix, Indianapolis Motor Speedway and Sonoma ovals.

Villeneuve won his first NASCAR Euro race this past season. He has competed in the series since 2019 in addition to his work as an F1 commentator and pundit.

“I’ve always wanted to race in NASCAR,” Villeneuve said. “It’s been a matter of opportunities and it’s became more and more difficult to get racing.” 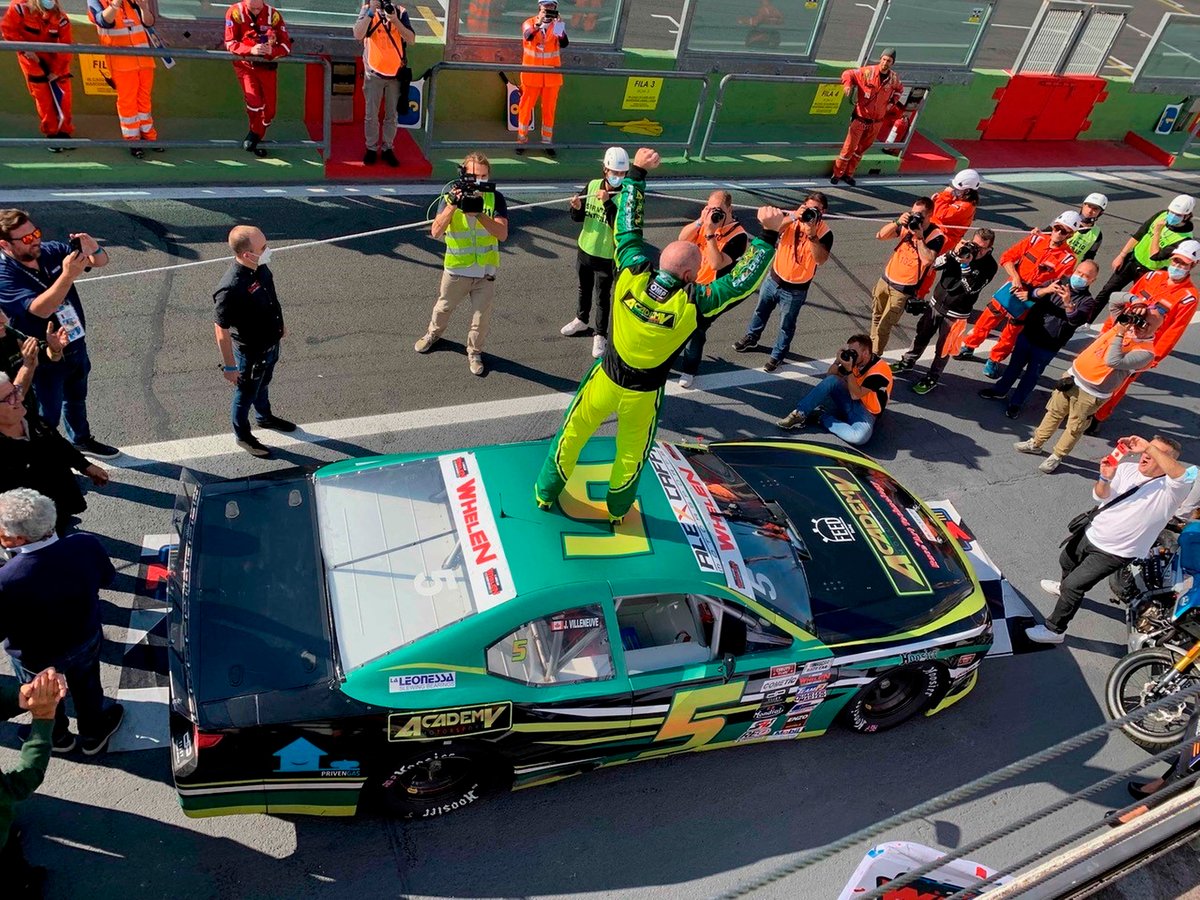 Villeneuve said he wasn’t sure what to expect competing in the Next Gen car at Daytona, since he last ran a Cup car on the track back in 2008.

“The track then was really bumpy. These cars have a lot of downforce; they run quite stiff – closer to a GT car,” he said. “They seem to be fairly easy to drive. Right now, we’re not quick [by ourselves], but in the pack, it was super-easy to drive.”

Villeneuve said he appreciates the opportunity to do one or more NASCAR races this season with Team Hezeberg.

“It’s a new team, a small team, and right now we’re focusing on Daytona and hopefully we’ll do more races,” he said. “It felt great to be back in the car. I did a few laps in the Charlotte Roval [Next Gen] test, which was very complicated. The car was strange to drive there.

“To get back [to Daytona], there are a few races in the world that stand out for me – the Indy 500, the 24 Hours of Le Mans and Daytona. It’s part of that very small group of special races that if you get the chance, try it out.”