Sam Hornish Jr will reunite with Penske, with which he won the 2006 IndyCar title and Indianapolis 500, for a part-time NASCAR return in the Xfinity Series

Hornish drove for Penske from 2004 to '13, initially in the IndyCar Series before switching to its NASCAR operation from '08.

Though he achieved little success at Cup level, he was runner-up to Austin Dillon in the then-Nationwide-branded second-tier series in 2013.

Roger Penske's team announced on Thursday that Hornish will compete in at least two Xfinity Series races this season, the June 24 round at Iowa Speedway and the August 12 road course event at Mid-Ohio.

"Team Penske continues to be one of the top teams in the Xfinity Series and I'm looking forward to once again working with them," said Hornish, whose last NASCAR starts were in an Xfinity race-winning part-time campaign Joe Gibbs Racing last season. 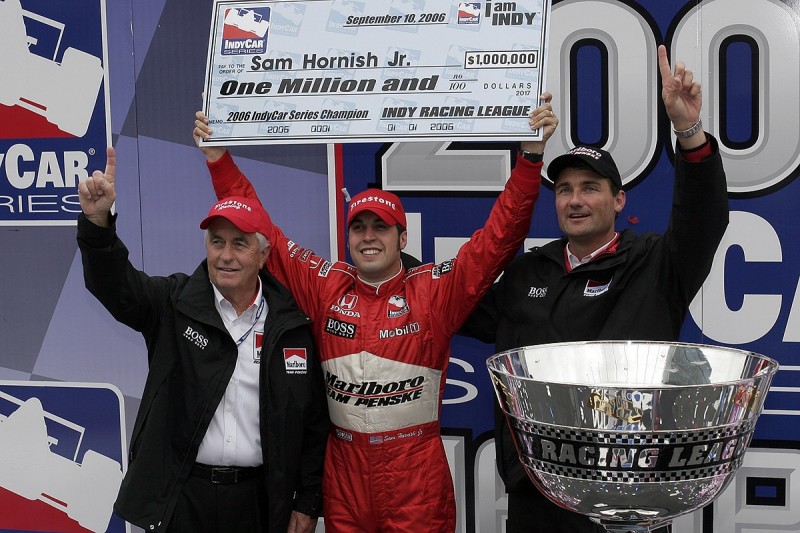 "Roger and Team Penske have been a huge part of my racing career, so coming back here feels like home."

Penske's Cup drivers Joey Logano and Brad Keselowski and protege Ryan Blaney - who races for the affiliated Wood Brothers in the top series - have shared the team's Xfinity entries so far this season.